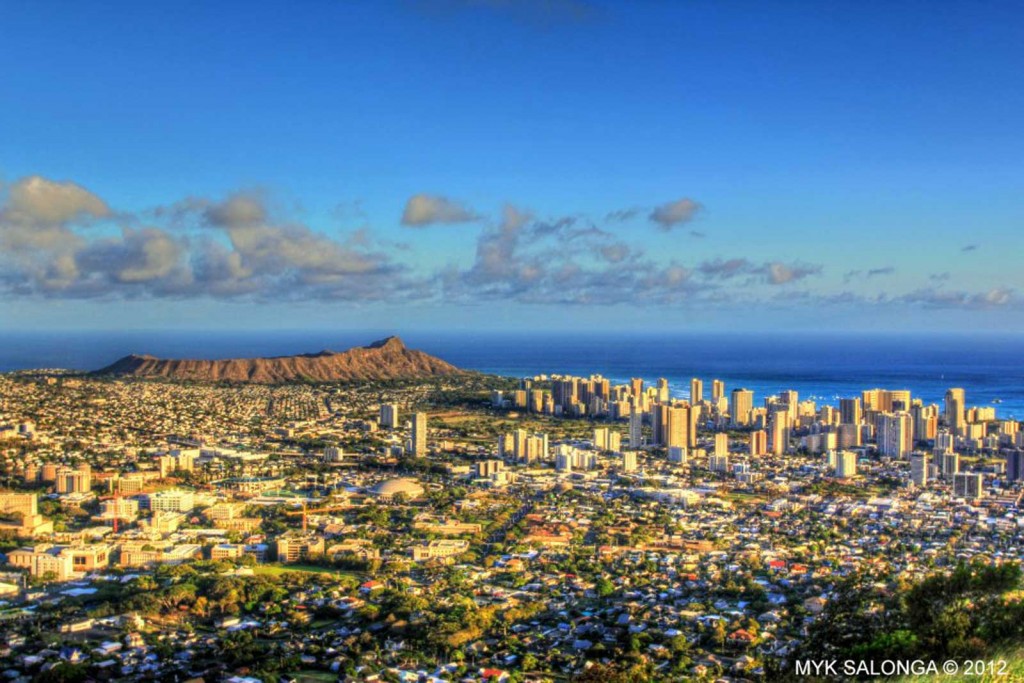 The iconic Waikiki skyline casts it shadow toward the Diamond Head volcanic cone as Honolulu stretches inland across southern Oahu. The horizon seen from atop nearby punchbowl ridges disappears with the curvature of the earth, reminding us of Hawaii’s remoteness.

The city below has changed in the last 200 years from swamp lands to villages and taro fields to sugar cane crops to shops and homes. It is only in the last handful of decades that Honolulu became a bustling city complete with skyscrapers and interstate highway. Since then, its skyline has become instantly recognizable around the world as a symbol of fun, friendliness, and relaxation–not because of the buildings, but because of the people inhabiting them and their spirit of aloha. 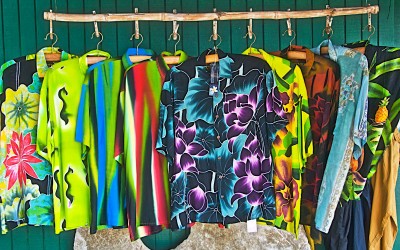 Aloha shirts originated right here in Hawaii. If you are dressing up to head out, you grab your finest aloha shirt, your dress slippers, and you are ready to roll. It is thought that the aloha shirt as we know it today was originally created by Ellery Chun at King-Smith Clothiers and Dry Goods in Waikiki in the 1930’s. END_OF_DOCUMENT_TOKEN_TO_BE_REPLACED 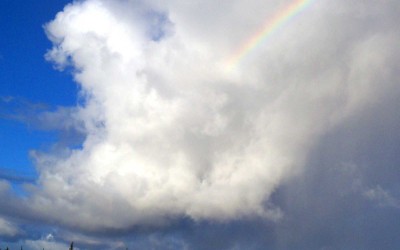 Many people call Hawaii the “Rainbow State” even though the official monicker is the “aloha state.” It is easy to see why, however, with rainbows visible nearly every day on all the islands in the chain. END_OF_DOCUMENT_TOKEN_TO_BE_REPLACED 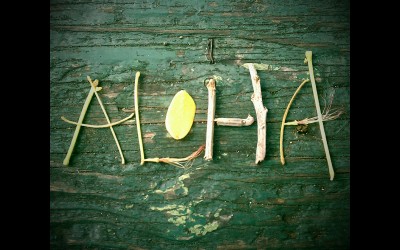 One thing Hawaii symbolizes is a relaxation. And oftentimes, relaxation leads to fun, creative displays like this “Aloha.” END_OF_DOCUMENT_TOKEN_TO_BE_REPLACED