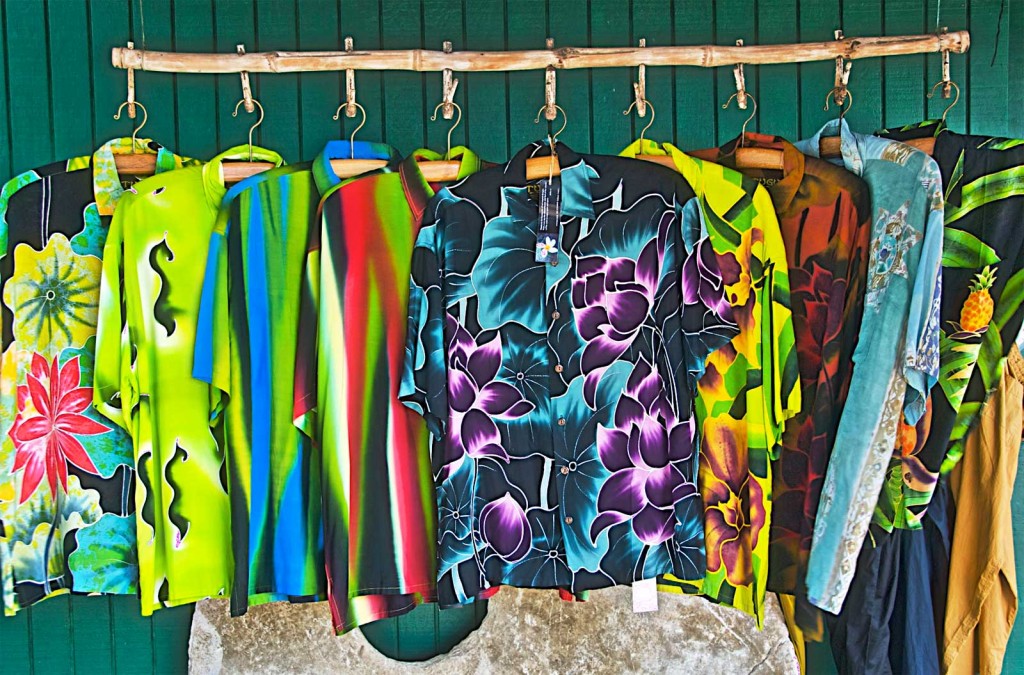 Aloha shirts originated right here in Hawaii. If you are dressing up to head out, you grab your finest aloha shirt, your dress slippers, and you are ready to roll. It is thought that the aloha shirt as we know it today was originally created by Ellery Chun at King-Smith Clothiers and Dry Goods in Waikiki in the 1930’s.

This short-sleeve, colorful print shirt is associated so strongly with the islands that they are often just called “Hawaiian shirts.” The Honolulu Advertiser claims to have added “aloha” to the name, however Chun trademarked it. The shirts have gained in such popularity around the world that they are Hawaii’s number one textile export.

In 1962, the Hawaiian Fashion Guild created an advertising campaign called, “Operation Liberation” to promote aloha shirts. Through clever work they were able to get the Hawaii Senate to pass a resolution that aloha shirts should be their formal attire through the summer months.

Shortly after, in 1966, the same guild pushed for “Aloha Friday,” where workers are allowed to wear aloha shirts on Fridays. This was quickly adopted in pockets throughout the islands and has even spread to the mainland.

For a lot more on the history on it, check out Wikipedia’s entry on the aloha shirt.