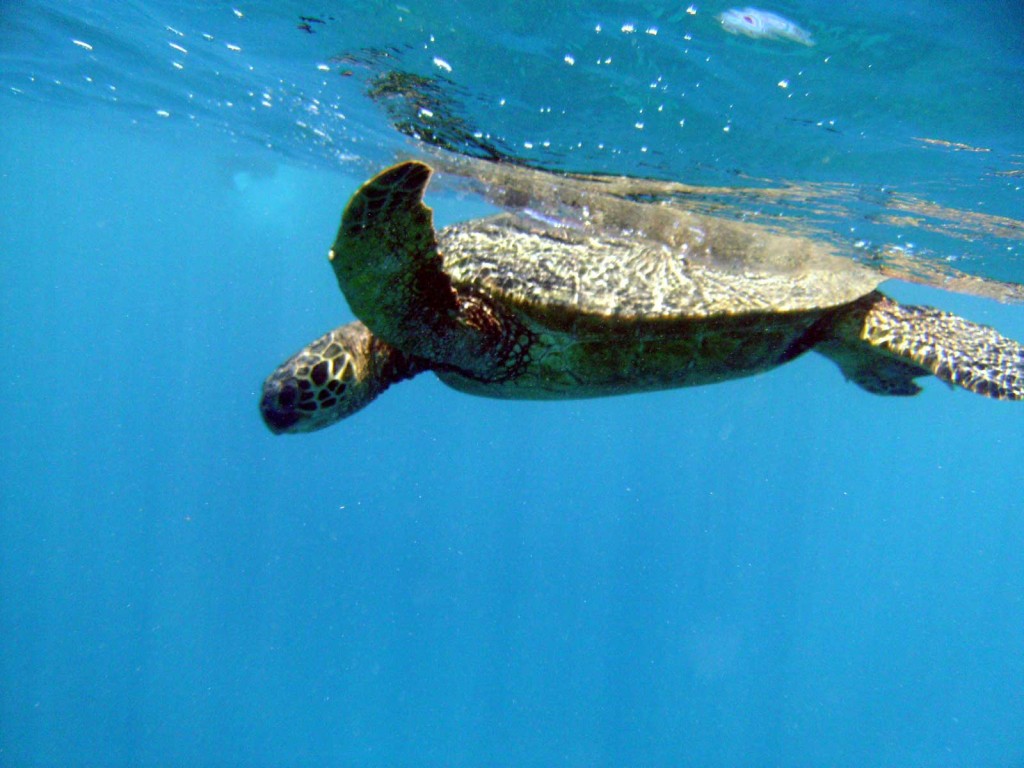 This turtle was photographed in the exceptionally clear waters off the Kona coast near Pu’uhonua o Honaunau.

Listed as a threatened species on the US Endangered Species Act of 1973 due to over-hunting, accidental netting, and other threats, their population has made a strong recovery starting in 1978.

The recovery is in part because of law enforcement and in part because most of their nesting activity takes place inside a National Wildlife Refuge System, the French Frigate Shoals.