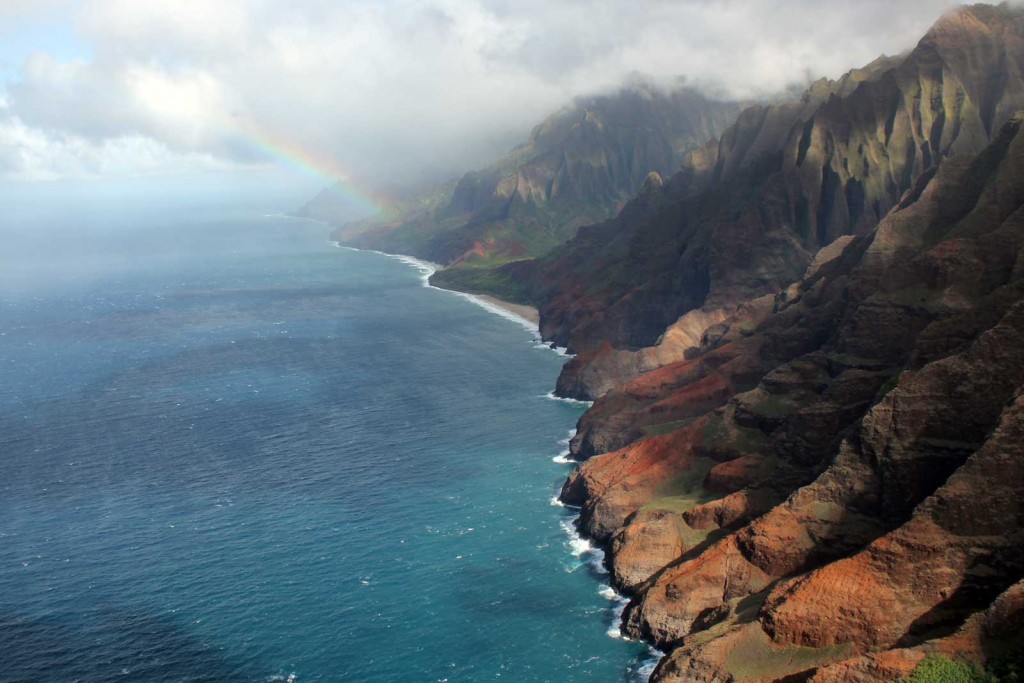 Rainbows have been a sign of hope across cultures for centuries. As we enter into the new year, we hope that this rainbow and the gorgeous Na Pali coast encourage you a little bit and give you some hope.

Pali means “cliff” or “steep hill” in the Hawaiian language. Perhaps nowhere is this more evident, and more beautiful, than on Kauai’s Na Pali coast. The coastline was formed over the decades by rivers birthed from dense rain received daily along Kauai’s summit. Over time, the rivers etched out valleys into the cliff line. Pounding northern swells and wind played their part as well.

Taken from a helicopter, this photo captured the lush, green, Pali with visibly rich, red soil and also a rainbow (anuenue) in the offing arching in from the sea to touch the shoreline. From pictures like this, it is easy to see attraction to Kauai, known as the Garden Isle.