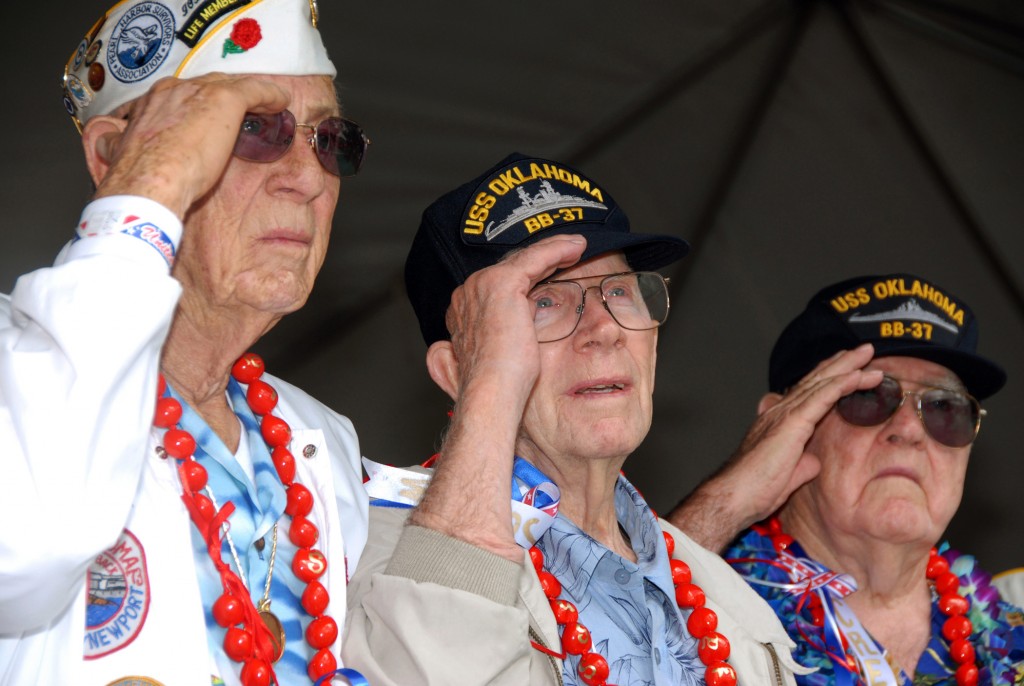 On Memorial Day weekend, we salute the men and women of the US Military, many of whom are based out of, or from, Hawaii.

We think this 2007 picture of three crewmen from the USS Oklahoma Memorial dedication is a good reminder of Hawaii’s part in defending both the islands and the United States during World War II.

“Three surviving crew members of the USS Oklahoma salute during the joint Oklahoma Memorial Committee and National Park Service dedication ceremony for USS Oklahoma (BB 37) Memorial on Ford Island, Hawaii, on Dec. 7, 2007. The memorial honors the 429 sailors and Marines on board who lost their lives after the ship was hit by five torpedoes and capsized at Pearl Harbor on December 7, 1941.   DoD photo by Petty Officer 1st Class James E. Foehl, U.S. Navy. (Released)”

Because of Hawaii’s strategic position on the globe, there is a larger-than-normal military presence. As such, it is home to several memorial sites–all worthy reminders of the self-sacrifice of others to benefit their country.