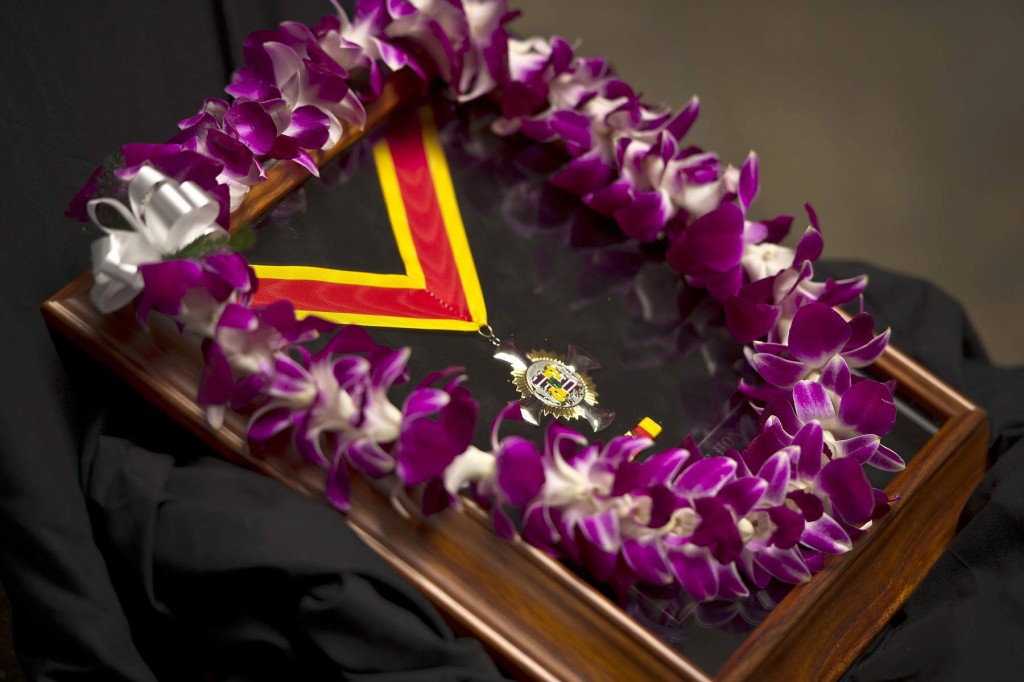 At Hawaii Picture of the Day we want to share this symbol of appreciation and honor all those we have known who sacrificed themselves to protect our freedoms and future generations. We also honor their families and communities.

“The families of 10 soldiers and nine Marines received the Hawaii State Medal of Honor (pictured) during a ceremony at the state capitol in Honolulu, March 27, 2013. The passage of Hawaii House Bill 8, designated as Act 21, Session Laws of Hawaii of 2005, established the medal…'” DOD photo by U.S. Air Force Tech. Sgt. Michael R. Holzworth