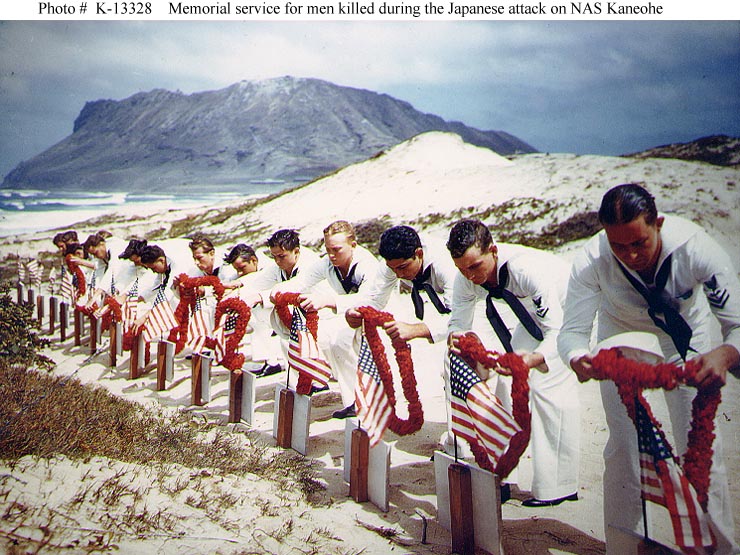 Remembering those who lost their lives on December 7th, 1941, Sailors place lei over beach tombstones on the island of Oahu. It is important to us to honor the lives of both those who lived and died during the violence of that time.