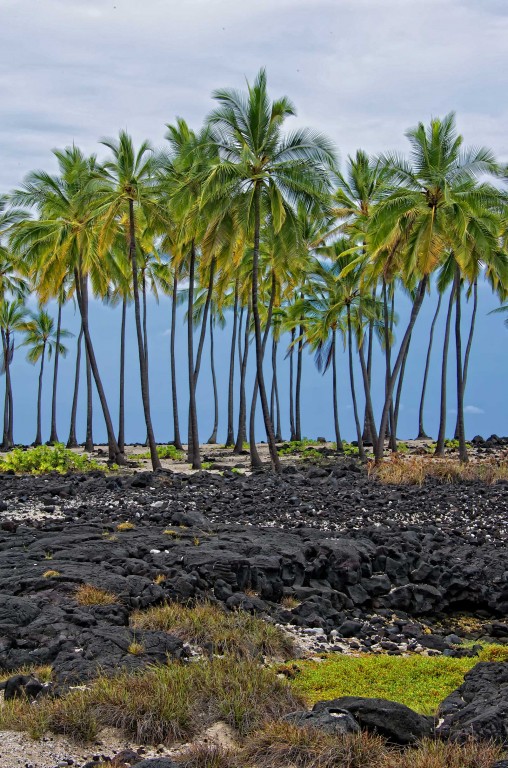 This stand of coconut palms on the beach at Honaunau on Hawaii gives a sense of rugged tropical paradise. Coconut palms were one of the few “canoe plants”–those brought by the Polynesians settling Hawaii–that made it to the islands. Coconuts were used for food, rope, wood, roofing, and more, making them a vital park of colonizing the land.

Honaunau was the spot of a traditional Hawaiian village and a Place of Refuge in the Kapu religion. Today it is a national park where visitors can learn about historic (pre-western) Hawaii, its people and its culuture. Honaunau is also featured as a place in the now famous Hawaiian song, “My Little Grass Shack.”

The shoreline here is black lava rock with little beach. The nearby snorkeling spot referred to by many as “two-step” is the easiest way into the water where there is a bounty of coral and reef fish to be seen.