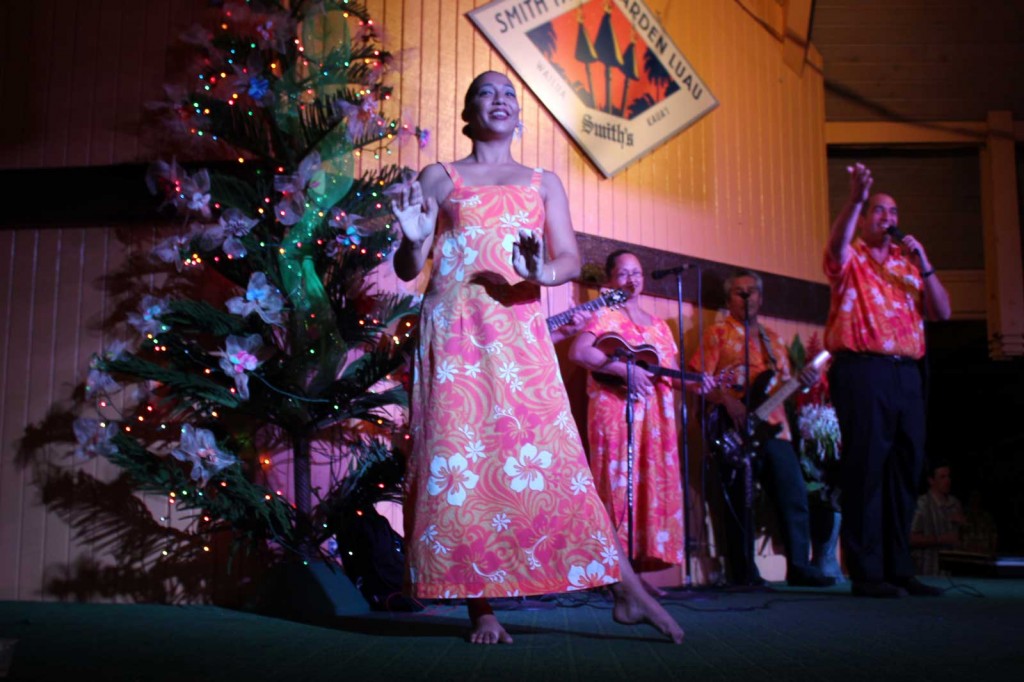 Hawaii Christmas comes with decorations, holiday spirit, and family celebrations; albeit without snow (except on Mauna Loa, Mauna Kea, and Haleakala). Many traditions are enjoyably a little different than on the US mainland or other more Victorian images of Christmas.

Hawaii has Christmas trees for instance, but instead of a Douglas Fir, they are often a Cook’s Pine as shown in the background of this picture.

Santa is just as jolly, however he wears red board shorts and slippahs while riding a surboard, rather than his traditional coat, boots, and sleigh.

The music changes to fit the season and traditional Christmas songs from around the world are played on ukulele and sung at luaus while hula dancers tell the Christmas story with their hands.

This Hawaiian Christmas moment was captured at the Smith Family Luau near Lihue on the island of Kauai.