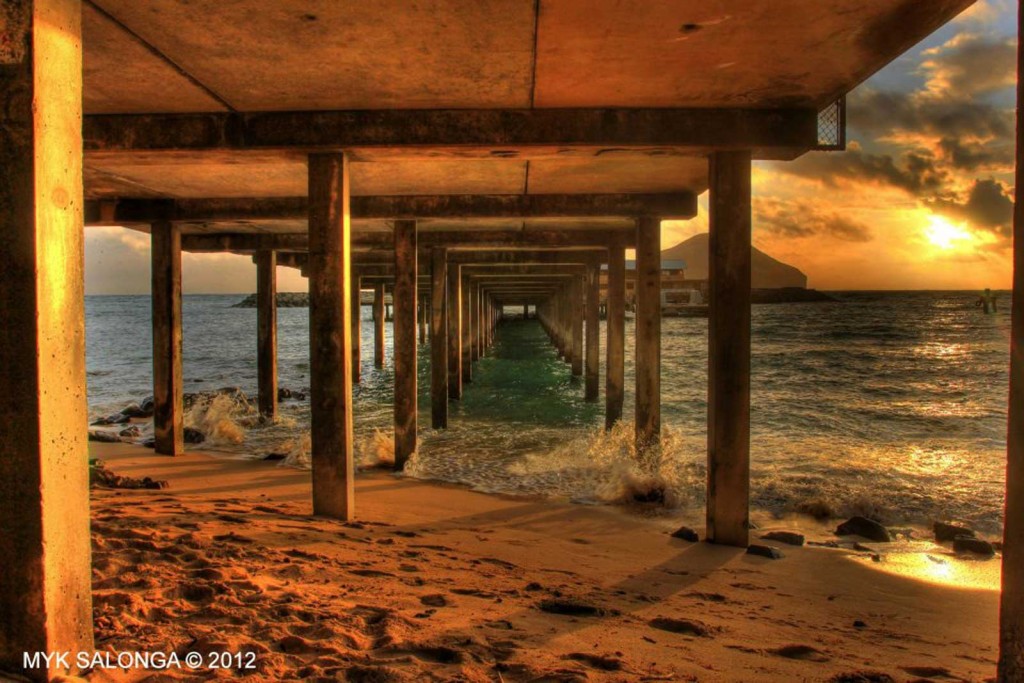 Long shadows are cast on the sand from posts supporting the Makai Research Pier as the sun rises in the east, making the water under the boardwalk blue-green and mysterious. In Hawaiian, “makai” means, “ocean” and is frequently used in direction telling to indicate, “to the ocean side.”

The Makai Research Pier is just northwest of Kaupo Beach on Oahu’s eastern (windward) coast. Its underwater features make it a popular spot for diving.

The pier itself supports a building about halfway out that conducts marine research. Built by the State, several commercial companies make use of the facility including Makai Ocean Engineering and Hawaii Underwater Research Laboratory.