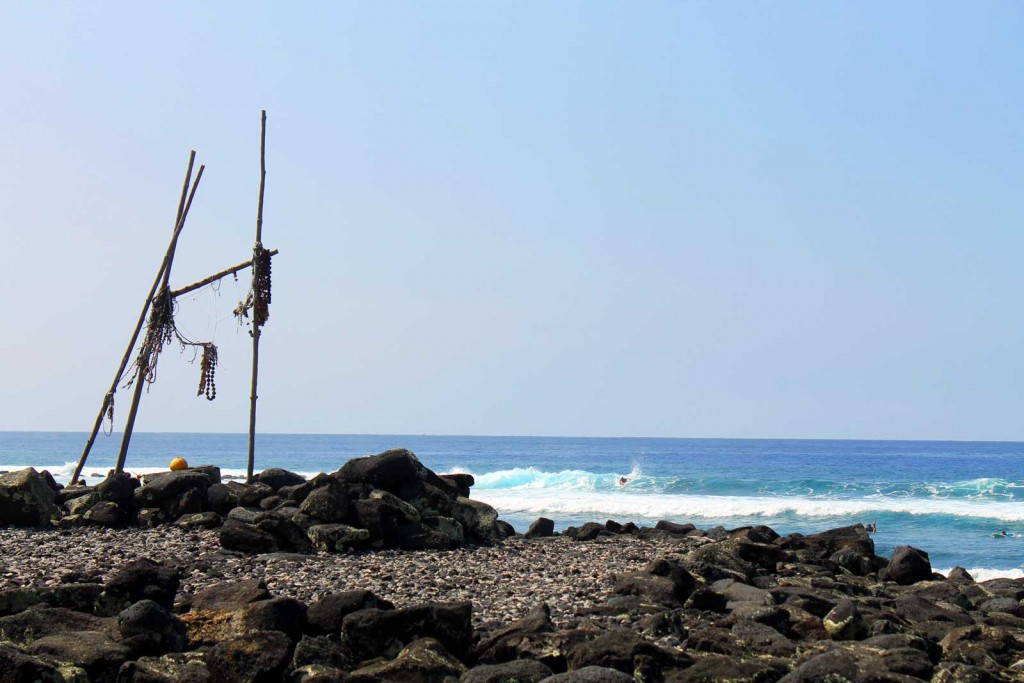 An offering sits atop the Kuʻemanu Heiau, overlooking the surf at Kahalu’u Bay on Hawaii’s Big Island and surfers take to the waves. This heiau (temple) has been used to pray for good surf since it was originally built. Originally used only by Hawaiian royalty (Ali’i), this sacred religious site also served as a royal residence. Today, Hawaiians still offer gifts and prayers at the heiau.

The heiau was built using traditional lava-rock stacking techniques and has survived buffeting by many high swells, tsunamis, and earthquakes over the decades.