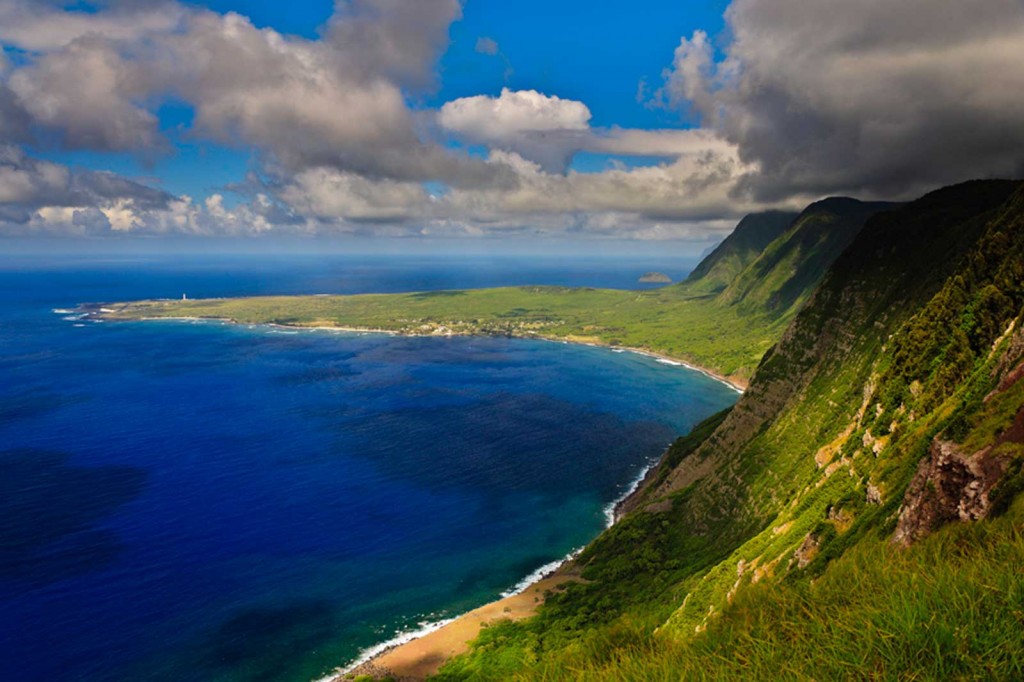 The Kalaupapa Peninsula stretches flatly into the Pacific, a stark contrast to the adjoining cliffs of Moloka’i’s north shore that are nearly vertical and some of the highest in the world at over 2000 feet. Heavy clouds edge the cliff side in an inversion layer, creating an artificial ceiling and dark shadows across the lush green hill and brilliant blue water.

Now part of the Kalaupapa National Historical Park, this peninsula became famous when King Kamehameha V set it apart  in the 1860’s as an isolation ward for people with skin diseases like leprosy that were spreading throughout the kingdom. For many years, none dared visit the spot for fear of contracting disease. Recognizing the residents need for medical care and basic necessities, Father Damien, a Roman Catholic Priest from Belgium, joined the colony and provided help.