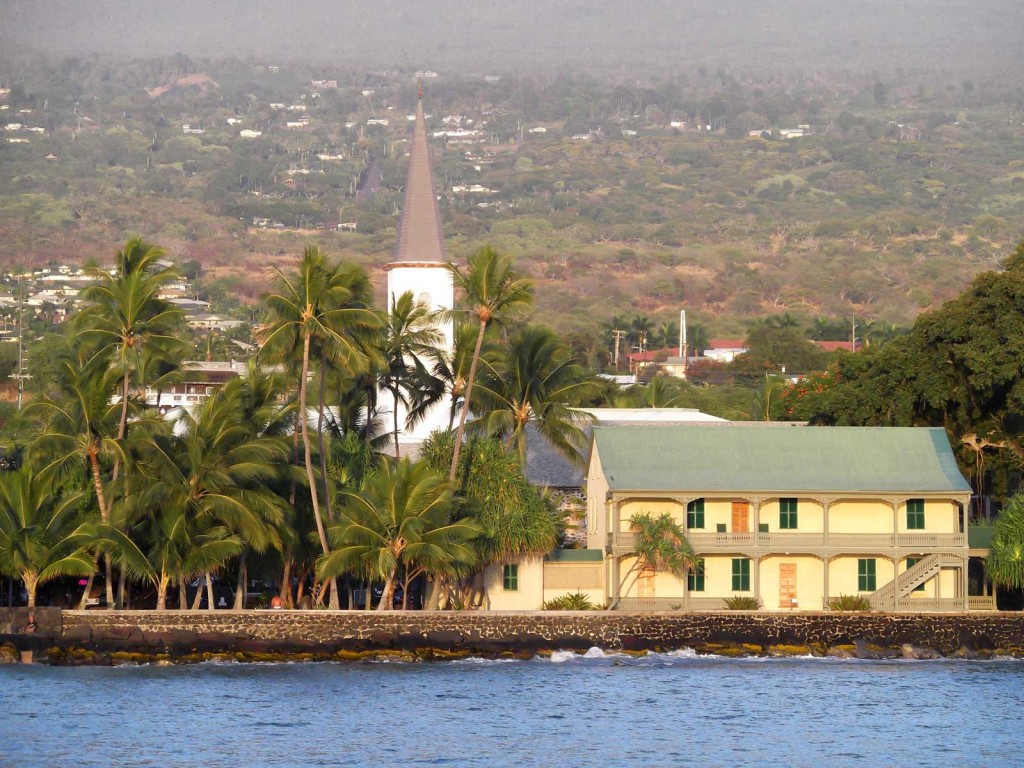 With ocean views, a pleasant breeze, beautiful surroundings and immediate access to the biggest ships coming and going, Hulihe’e Palace in Kailua Kona was a perfect vacation home for royalty. Hulihe’e Palace was originally built in the 1820’s out of lava rock by then Governor John Kuakini and served as a getaway for the Alii (ruling) class. Many Hawaiian kings and queens stayed in the palace or on its grounds during their reigns.

A few generations after being built, King Kalakaua plastered over the lava rock to modernize the building. Since then the palace has suffered several earthquakes and a couple tsunamis. Each time it is damaged great care has been taken to restore the building and the grounds. The Daughters of Hawaii, currently caretaking Hulihe’e Palace,  have been the caretakers since 1927. Under their care, the palace has been converted into a museum show-piecing original artifacts of the palace.