Tag Archives: valley of the temples 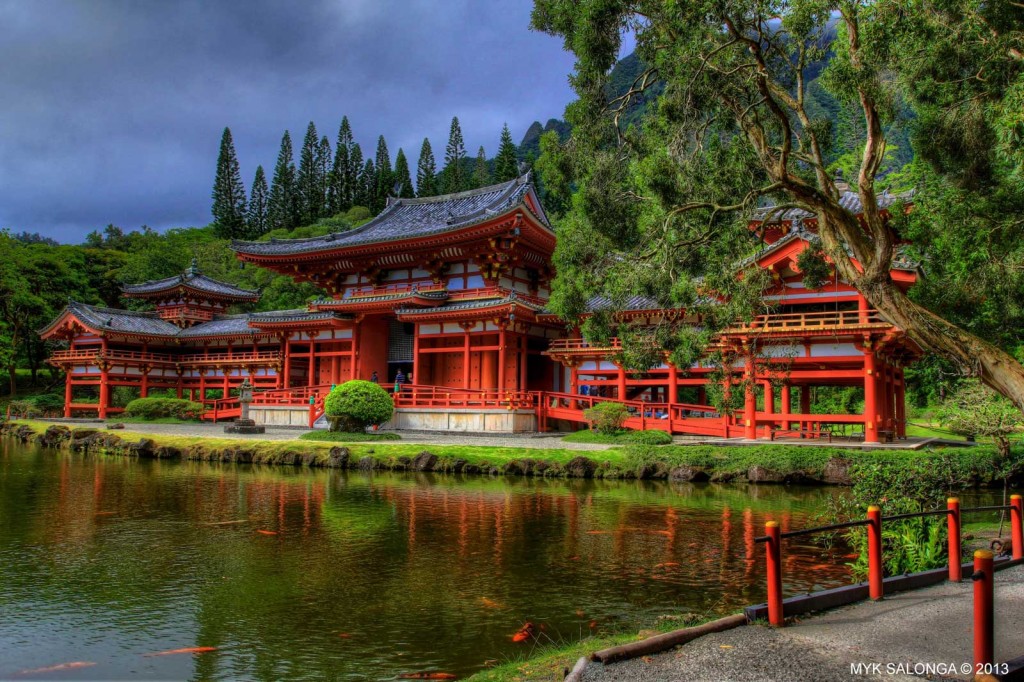 We’ve seen other shots of the Byodo-In Temple in the valley of Ko’olau on Oahu, but this is our favorite to date.  This photo captures the contrasting colors well and makes the scene feel simultaneously alive and serene.

The temple celebrates the rich Japanese influence on Hawaii, dating back nearly 150 years. The Japanese culture is pervasive throughout the islands and adds to Hawaii’s uniqueness and openness to learning from other cultures.

“The Byodo-In Temple is located at the foot of the Ko’olau Mountains in Valley of the Temples Memorial Park. It was established on June 7, 1968, to commemorate the 100 year anniversary of the first Japanese immigrants to Hawaii. The Byodo-In Temple in O’ahu is a smaller-scale replica of the over 950-year-old Byodo-in Temple, a United Nations World Heritage Site in Uji, Japan.” 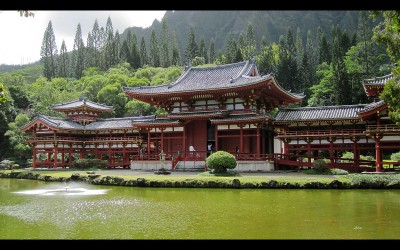 A replica of the Uji, Japan, Byodoin Temple near Kyoto, the Oahu Byodo-In temple was built in honor of the first Japanese immigrant workers to arrive in the Hawaiian islands. END_OF_DOCUMENT_TOKEN_TO_BE_REPLACED