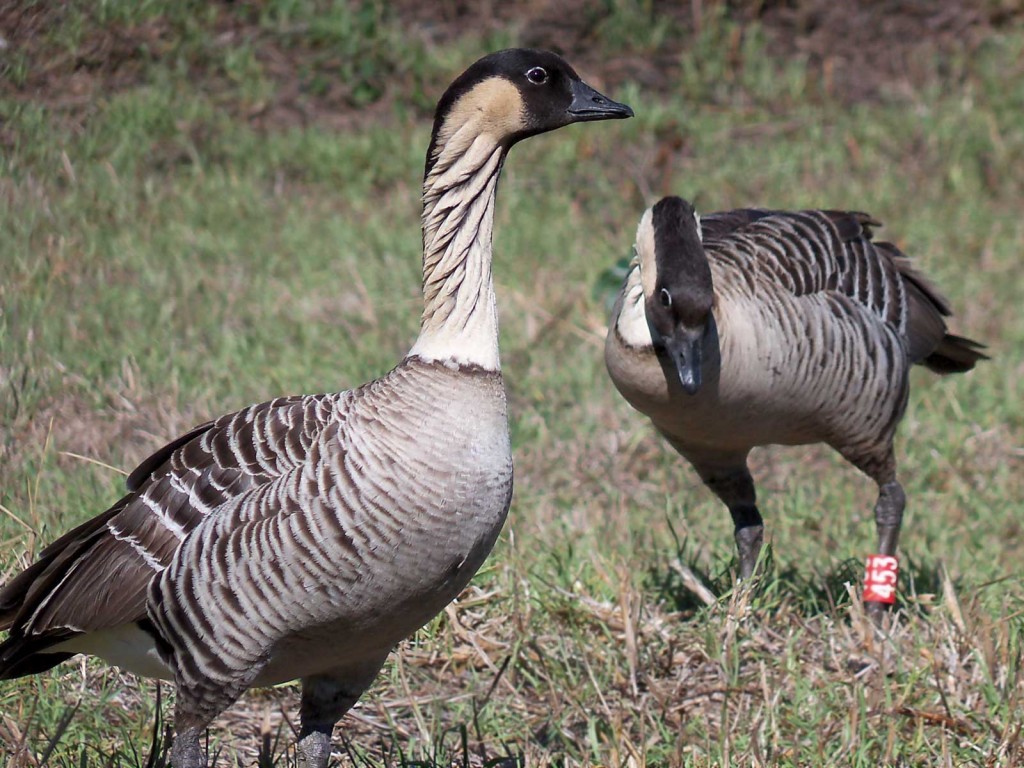 The Nene is the state bird of Hawaii. This goose species was decimated over the years to near extinction from over-hunting and introduced predators. In 1951, there were less than 30 left in the wild. Nene were protected by law and a restoration project was established in 1949 to increase their populations. Today it is estimated that there are less than 1000 in Hawaii and fewer than 2,500 worldwide.

It is believed that this species is an adaptation from Canadian geese blown off course during a migration. Nene developed specialties to live on a volcanic island. As compared to Canadian geese, Nene have less webbing on their feet to navigate lava rock, and shorter wings not needing to migrate.

These two Hawaiian geese were photographed at the Puu Wa’awa’a dry forest on Hawaii’s Big Island.