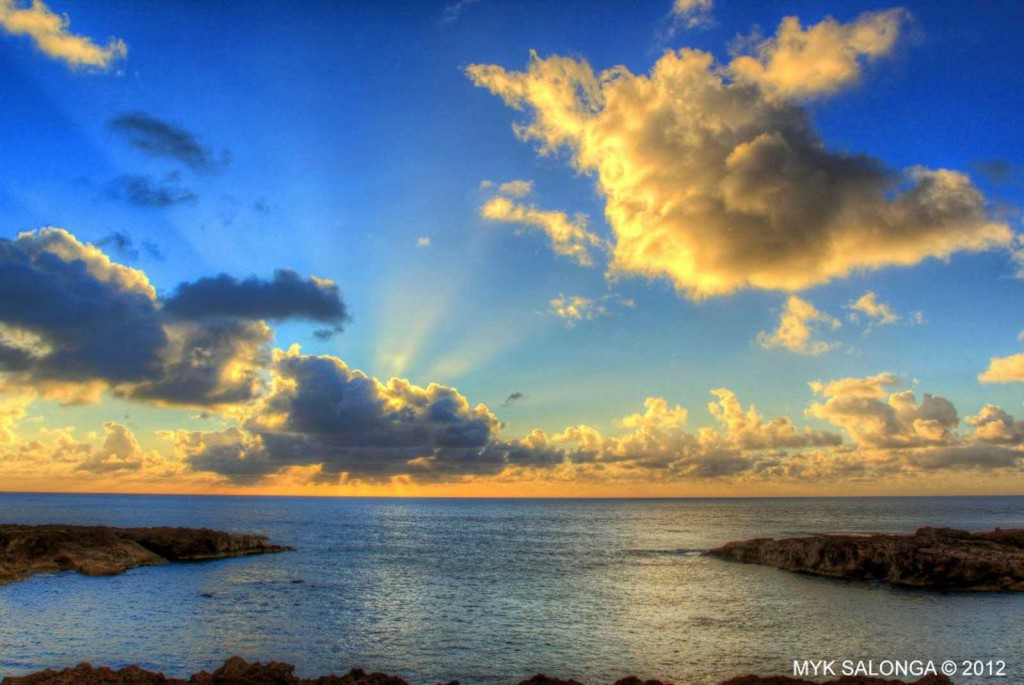 The sun sets behind a cloud-spotted sky above Sharks Cove on the north shore of Oahu, throwing fans of yellow light upward to paint the horizon yellow. The water’s surface is calm, reflecting clouds and heavens, indicating summer in Hawaii. In the water, movement and action abound as schools of tropical fish and sea life fill the cove to feed and find places of refuge for the evening.

Perhaps the most remarkable thing about this picture though, is that no one is snorkeling in the clear waters. Sharks Cove is known as one of the best snorkeling spots on Oahu. In fact, Scuba Diving Magazine even rated it as one of the best dozen shore dives in the world. This spot offers terrific snorkeling and diving throughout the calm summer months when the swell is flat and waves are nil to small. Come winter time, the cove is unrecognizable as it is a part of a constantly moving mass of water, waves, and sea spray for which the North Shore is renown. 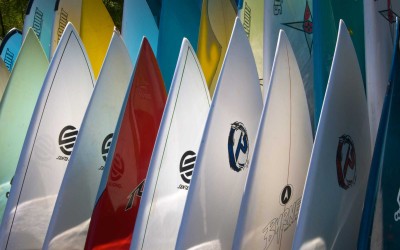 A quiver of new surfboards stands at the ready at a North Shore, Oahu surf shop at Shark’s Cove. END_OF_DOCUMENT_TOKEN_TO_BE_REPLACED