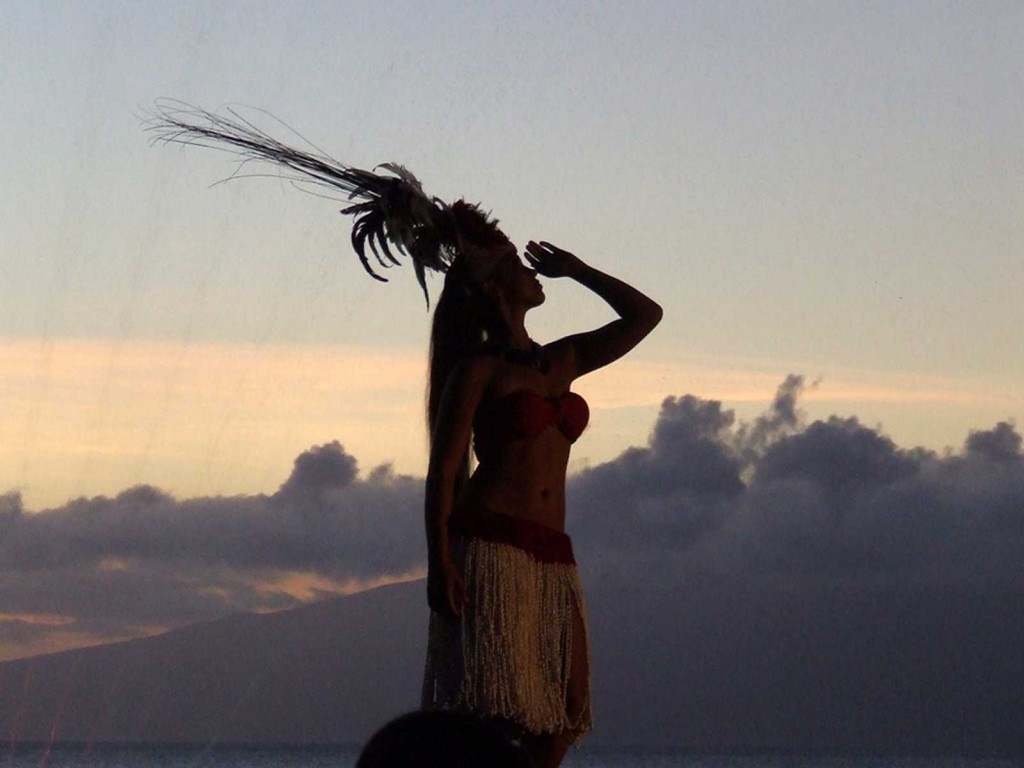 A female storyteller is featured at this luau–Hawaiian feast–on the western coast of Maui.

Storytelling is a huge part Hawaiian culture, serving as a way to pass history from generation to generation without the need for a written language. Hawaiian stories are presented and preserved in songs, chants, and hula dances that are taught to the young.

Luau’s get their name from the word’s Hawaiian roots meaning “taro tops,” which were traditionally served during the feast. Prior to the 1850’s though, Hawaiian feasts were called “pāʻina.”