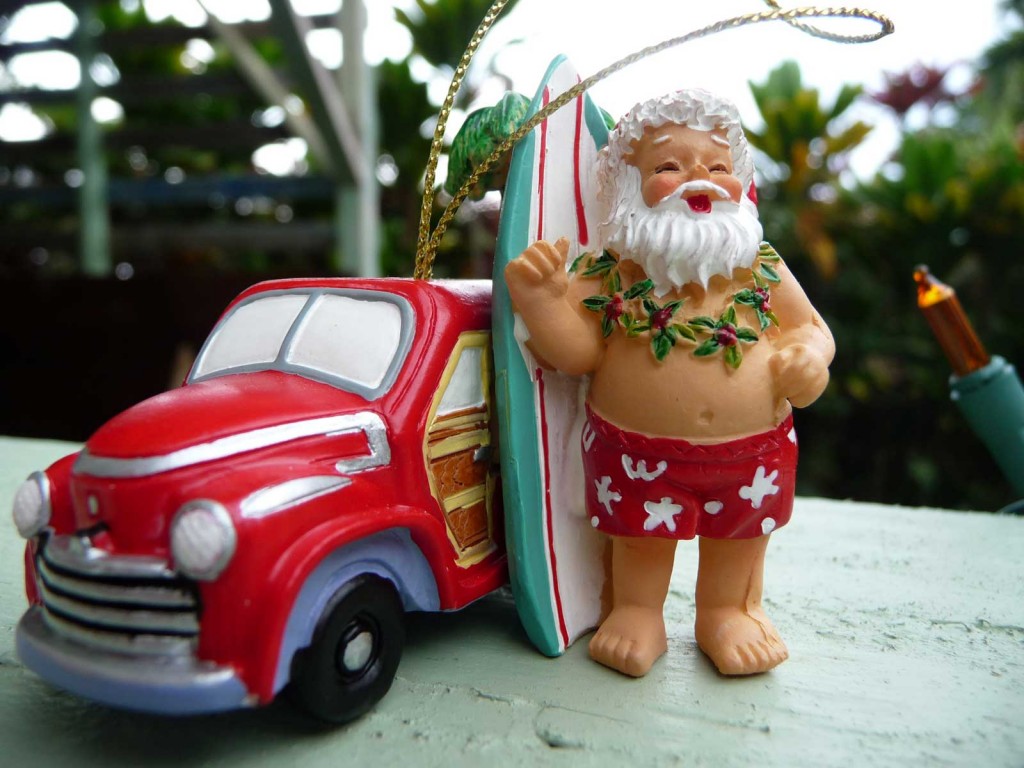 A giant Christmas wreath stands against tall presents on display in the grass of a Kapa’a, Kauai, Hawaii shopping center courtyard. END_OF_DOCUMENT_TOKEN_TO_BE_REPLACED