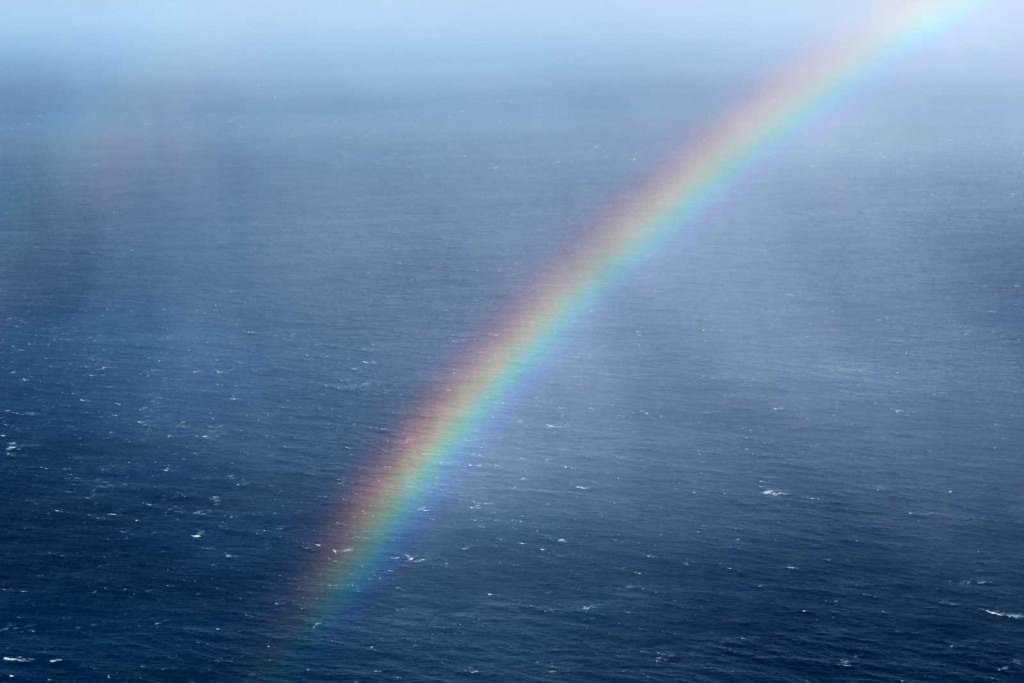 Even though Rainbows in Hawaii are frequent, they are welcomed and appreciated each time. Called “anuenue” in the Hawaiian language, historic Hawaiians believed that rainbows were a pathway between heaven and earth for both Gods and souls. Gods used the rainbow to traverse between the cloud islands and the earth, while souls used rainbows as the pathway to the celestial realms.

It was also said that babies born with rainbows over their homes were destined to be great chiefs and would have rainbows as companions throughout their lives.

Today, rainbows in Hawaii are seen as a symbol of hope, beauty, and renewal.

This picture captured a rainbow seeming to come straight out of the open ocean, just off the shore of Kauai.