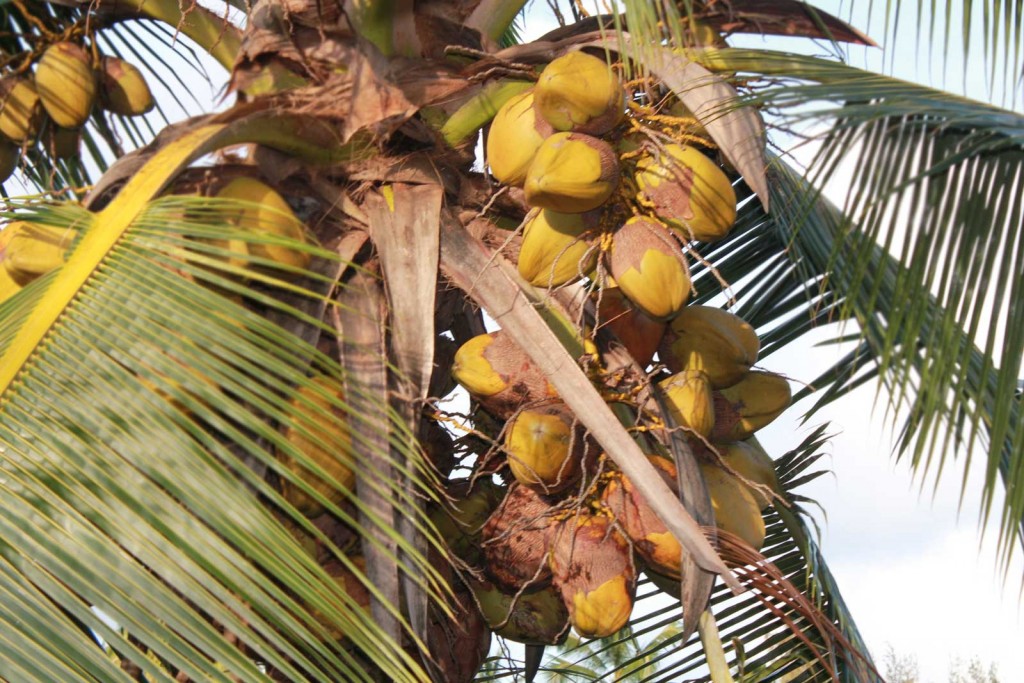 A lovely bunch of coconuts hangs from a coconut palm on the island of Hawaii. Coconuts (Cocos nucifera) played a central role in colonizing the islands and continues to be a valuable source of food and medicine. The coconut, called “niu” in Hawaiian, was brought to the Hawaiian islands by early Polynesian settlers; however, the coconut actually originated in either around Melanesia or South America.

Full grown coconuts weigh around 3 lbs and, although they are not technically a nut, they have a hard shell. Given that coconut trees grow up to 100 feet high, many visitors to the island worry that they may end up a victim of falling coconuts. Some reports claim that there are about 150 people a year killed by falling coconuts. However, no real evidence has been given to support this. Islanders are appropriately more worried about dented cars and broken roofs instead.

Because coconuts are primarily found in tropical areas, most of us associate them with being warm, by the beach, and relaxed. Some may even picture a long straw and colorful umbrella poked into a tasty coconut drink. And this may be more accurate that we think: the word coconut actually comes from 16th century Spanish for, “grinning face.”