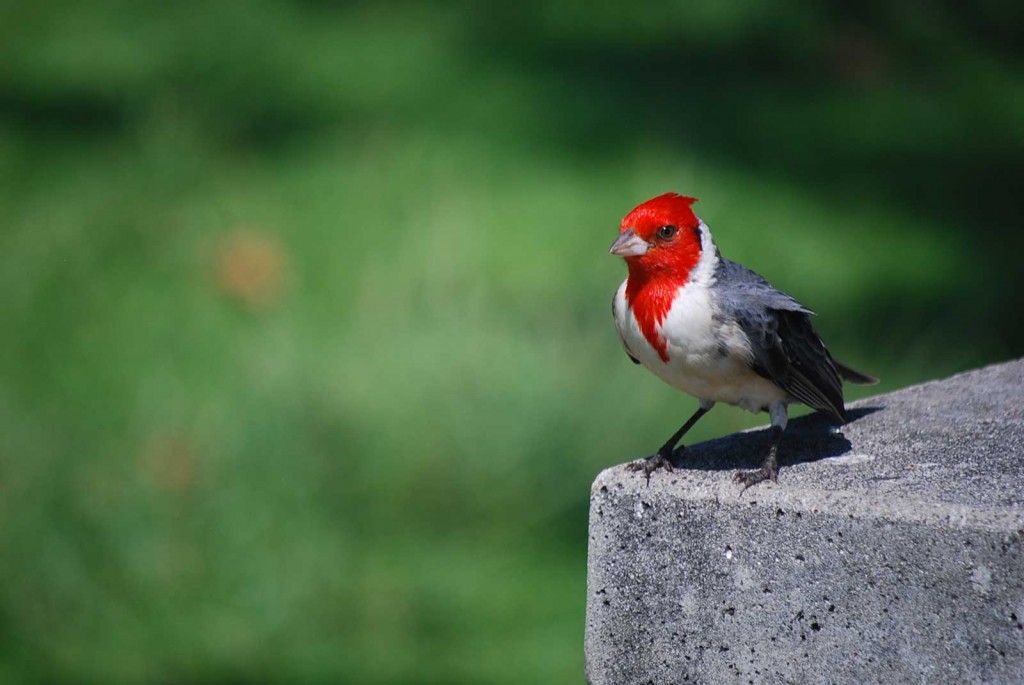 A Red-crested Cardinal (Paroaria coronata), also called the Brazilian Cardinal, rests atop a platform on the island of Oahu. These brilliantly colored birds were introduced to Hawaii many years ago to add variety to the islands.

They have a pleasant song, often heard early in the morning as the sun breaks above the horizon. You can find them playing together or all alone, perched on anything from tables to tall grasses.

From the photographer:
This is a picture of the Brazilian Cardinal I took during our recent vacation at the North Shore of Oahu. According to a sign we saw at Diamond Head, “These are the first birds to sing in the morning and nest in trees high above the ground.”

Although called a cardinal, they are actually not in the cardinal family.