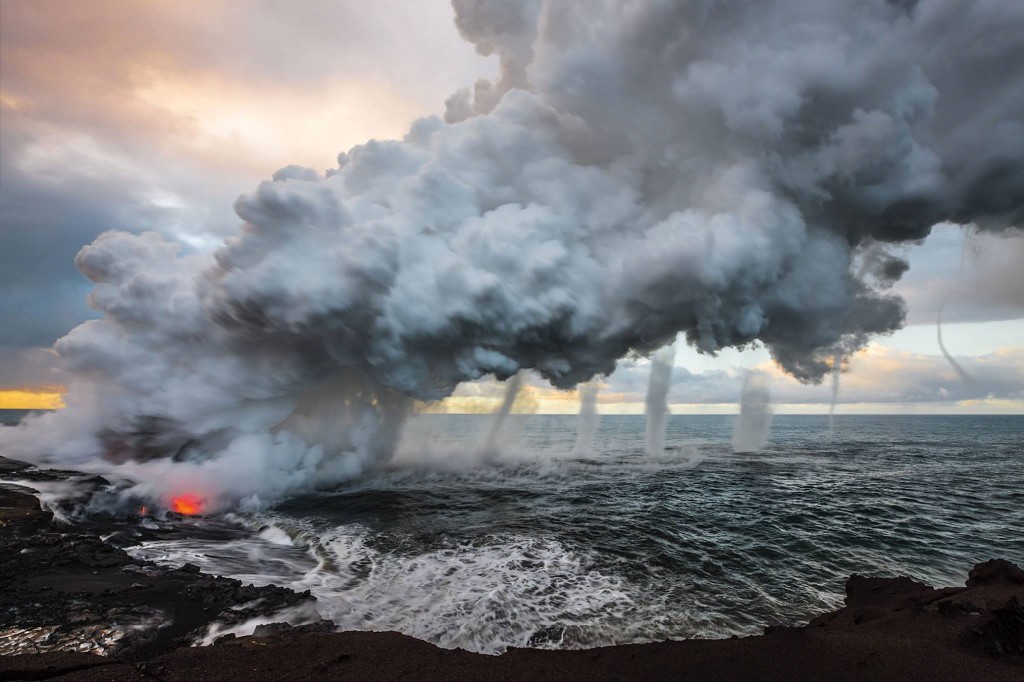 We love to share Hawaii pictures that captivate our imagination and take us to new places–this photo does just that. This shot will be on display at the Smithsonian through 2014, showing Hawaii’s power and beauty to people worldwide.

The exhibition will open June 7 at the Smithsonian’s National Museum of Natural History and will run through 2014.

One of the most active volcanoes on Earth, Kilauea is located in Hawaii Volcanoes National Park on the Big Island of Hawaii. The Big Island started to form one million years ago and is the youngest island of the 70-million-year-old Hawaiian Island- Emperor Seamount. Volcanic activity reminds us that we live on a planet whose fascinating natural processes are constantly changing.”
Volcanic Vortices, Waikupanaha, Kalapana, Hawaii, USA, By Bruce Omori, Hilo, Hawaii, USA

“On an early morning shoot at the Waikupanaha ocean entry, lava from the Kilauea volcano poured into the sea. This created a huge escape of steam. As it rose, multiple vortices began spinning off the huge, billowing plume. A vortex or two is a rare sight—but when one after another kept forming, my fumbling with the lenses turned into a panicked rush to switch to my wide-angle lens. I captured the incredible scene of seven vortices in a row.” BO