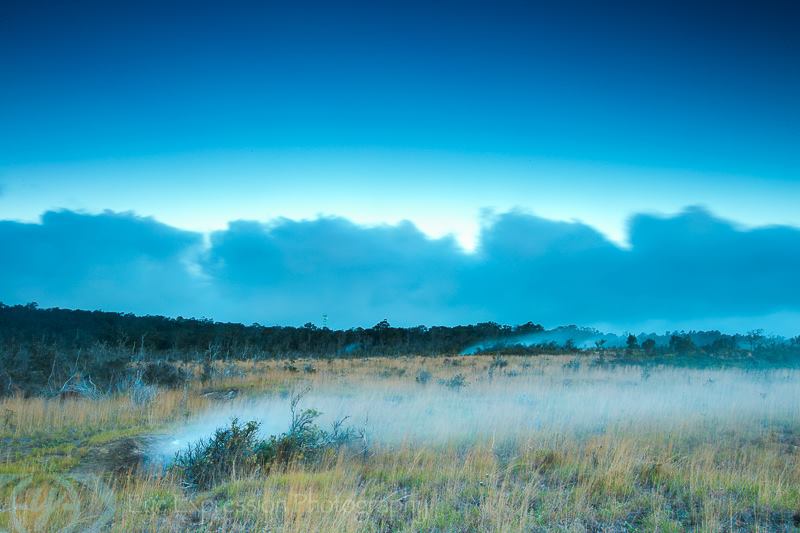 Volcanic steam drifts across the dry land of Hawaii Volcanoes National Park on the Big Island of Hawaii. There are several large fields and pu’u basins within the park that are filled with these small vents, fractures in the ground created by years of heat and water being forced to the surface from flowing lava deep below.

The steam is composed mainly of water, but also carries other elements like sulfur and its more hazardous offshoot sulfur-dioxide. Seeing the steam waft out of the ground and smelling the sulfur is a fun yet uneasy reminder that you are standing on top of an active geologic powerhouse.

“…One of my favorite photos was my friend’s idea of taking a blurred motion of the steam down at Volcano Park. “