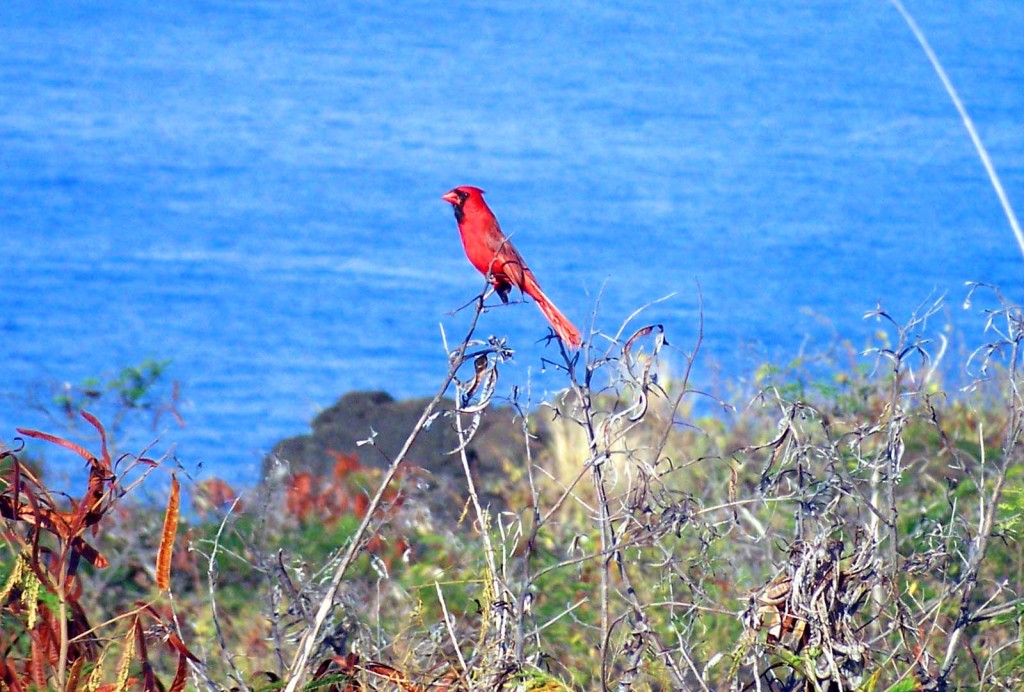 A Northern Cardinal (Cardinalis cardinalis), also called the common cardinal or redbird perches on brush growing from a 19th century lava flow on Hawaii’s Big Island with the Pacific ocean in the offing. Cardinals are not native to Hawaii, but have established a strong presence here after being introduced in 1929. Many species of birds have been introduced to the islands for pest control and beauty.

Cardinals are generally seen alone or in pairs around shrubs or trees. This picture shows a male, as can be seen from his bright red color. Female Northern Cardinals have a grey/orange coloring with highlights of red.