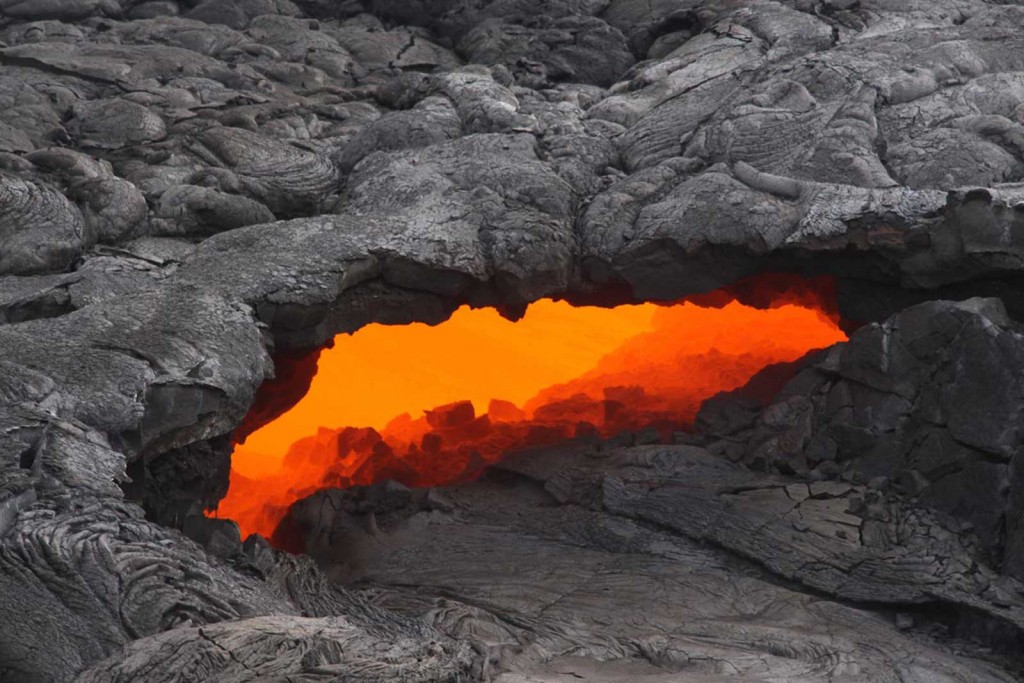 Lava skylights are one of nature’s–and Hawaii’s–little delights. An opening in a thin crust of pahoehoe rock reveals streaming lava, molten rock flowing down the side of Kilauea on Hawaii’s Big Island at more than a thousand degrees.

As the lava flows it creates “lava tubes,” underground channels that insulate the liquid rock, keeping it viscous and moving toward the sea. Occasionally cracks, cave-ins, or holes appear, formed by the heat below and the new surface above. These openings give us a colorful window into the orange and red scene unfolding within.

“This skylight provided a clear view of the lava stream inside the lava tube on today’s overflight, and a swiftly moving current could easily be seen” – USGS

If you are in the neighborhood, or just interested in tracking volcanic activity, you can find current status and updates of Kilauea here.