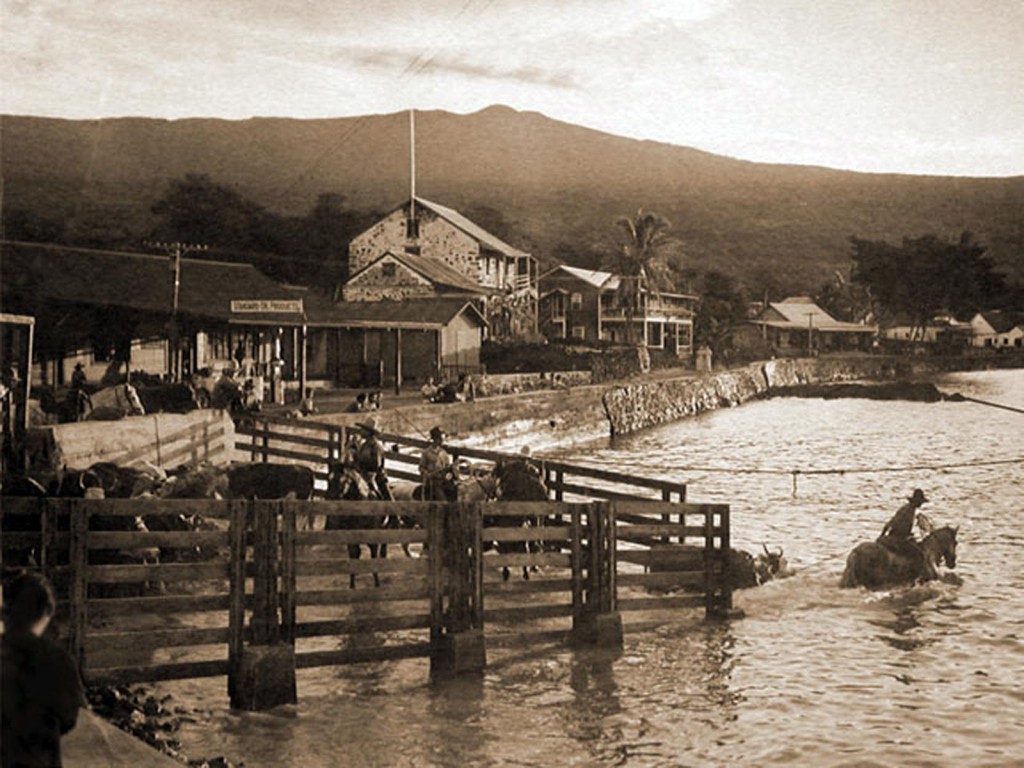 Hawaiian cowboys, known as Paniolo, herd cattle into the bay at Kailua-Kona on Hawaii’s Big Island and onto ships to be sent abroad in Kona’s early “westernized” era.

Cattle were a gift from early visitors to the islands. After a short time, the cattle began to take over the island due to no predators and little local knowledge of how to manage them. Spanish, Portuguese, and American cowboys were then brought to Hawaii to teach Hawaiians the trade of cattle ranching.

This ocean cattle chute that was anchored against Kona’s new breakwall and main street has long-since been removed. Hualalai mountain is visible in the background along with some of the original buildings that still make up Ali’i Drive and downtown Kona today.