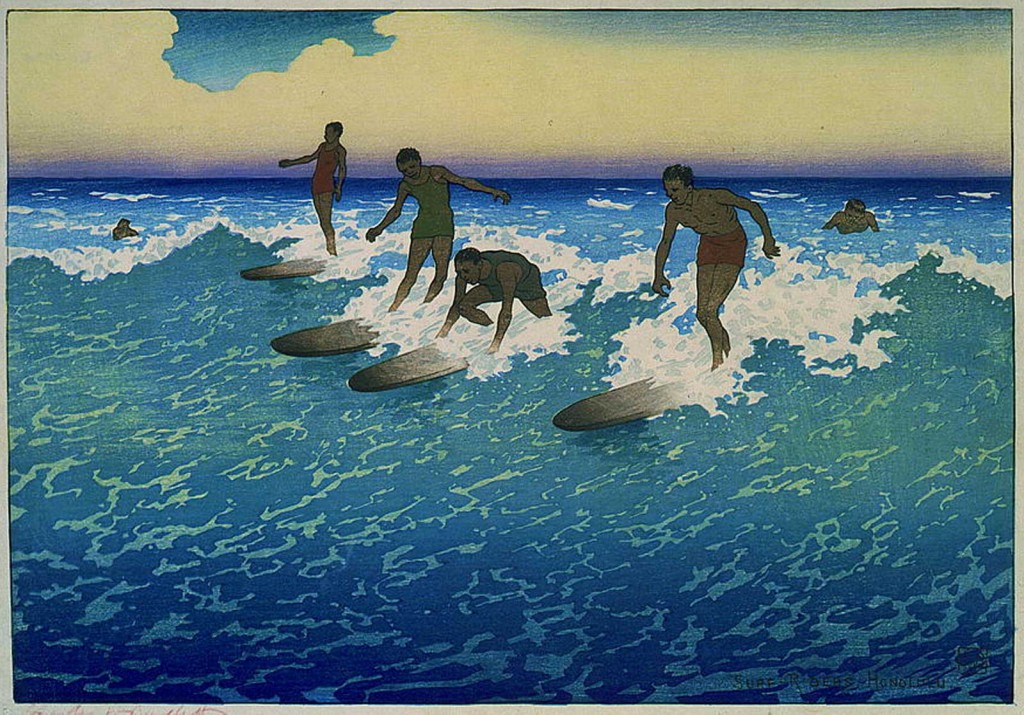 Editor’s Note: We wanted to feature another work of Charles Bartlett. You can see the other one we featured and learn more about Bartlett here.

Honolulu Surf Riders is another great Hawaiiana painting from Mr. Charles Bartlett. Put on canvas around 1918, his painting shows four surfers catching a wave in Honolulu, presumably in Waikiki. This classic scene has been portrayed over and over again through the years in print and television advertising for the islands.

It was during this time period of the 1910’s to 1930’s that Hawaii became a hot tourist destination. Paintings like this one captured people’s imaginations and moved them to share in the Hawaii experience.