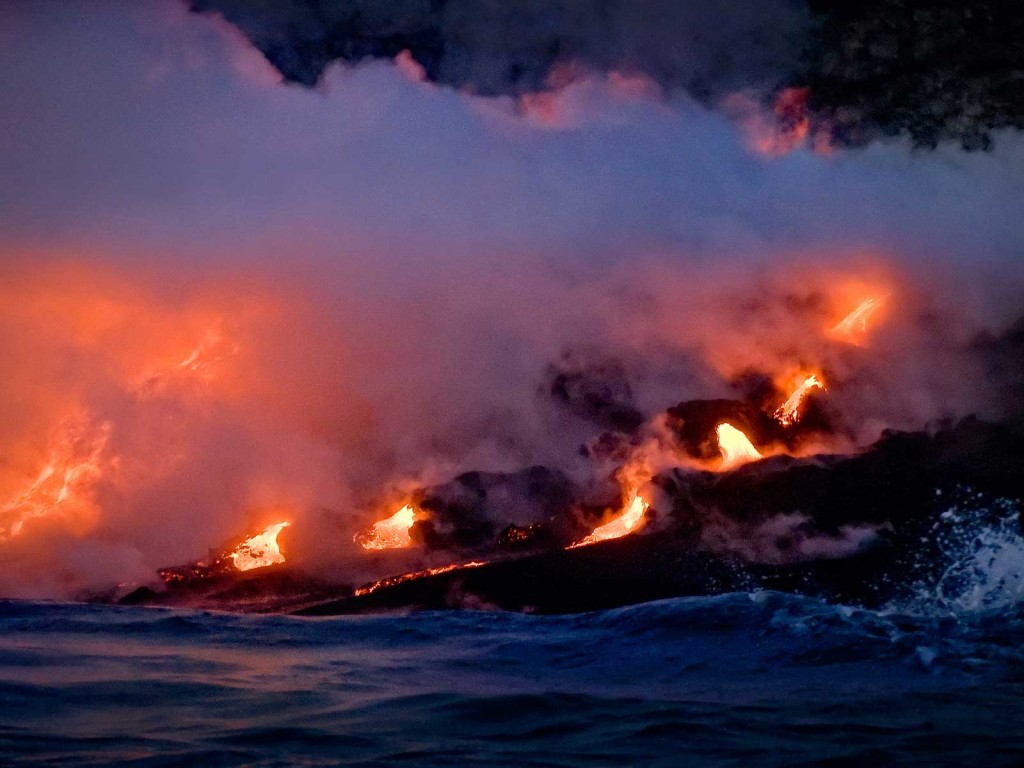 Underneath the surface, the lava cools and forms new earth, adding to Hawaii’s size. Hundreds of acres of new land have been created since Kilauea began actively flowing several years ago.

Watching lava enter the ocean at night is a one-of-a-kind experience heightened by the accompanying sounds of popping and cracking and smells of sulfur and steam.