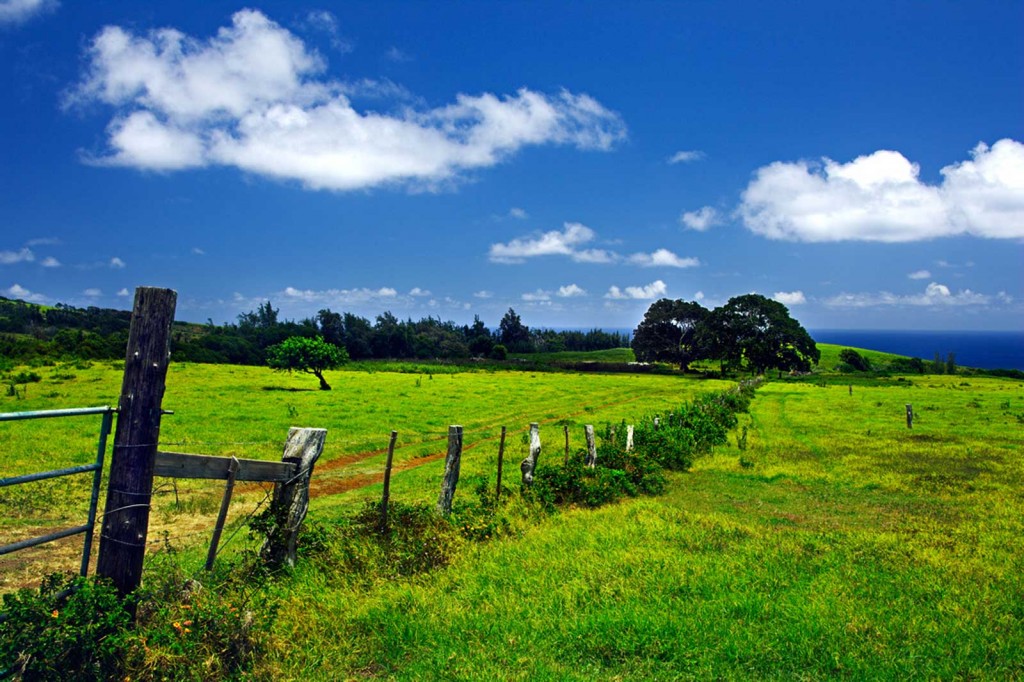 Moloka’i is one of Hawai’i’s lesser traveled islands, often photographed in the background of pictures taken from the island of Maui. Like all the Hawaiian islands, Molokai has its own feel. Here you will find an easy, relaxed pace to everything, beautiful wide-open spaces, and few roads.

The 2000 census estimated Moloka’i’s population to be around 7,000 people. Moloka’i’s low population, deep Hawaiian tradition, and management have created pristine, breathtaking landscapes. On the eastern half of the 38-mile by 10-mile wide island, where this picture was taken, the land is green and lush, a high plateau reaching to the summit in the Molokai Forest Reserve at 4,900 feet high. Used largely for farming and grazing, the entire area has a wonderfully pastoral feel that is well-captured by this shot.