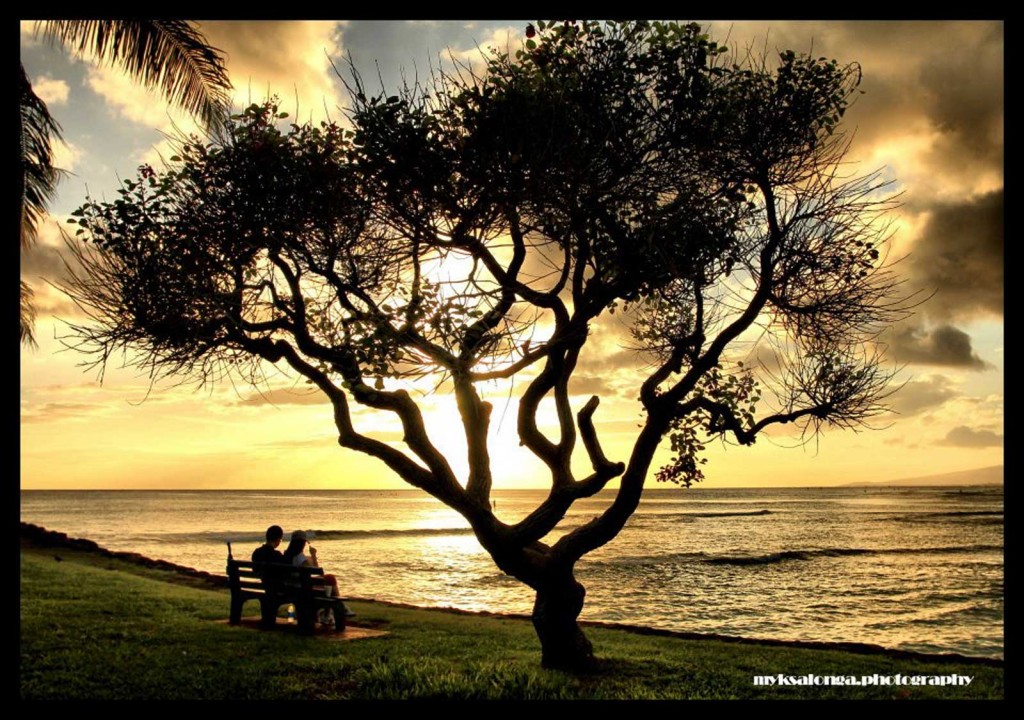 A couple watches the sunset into the calm Hawaiian Pacific ocean from a bench at Ala Moana Beach Park in Honolulu–the perfect ending to another day in paradise.

Ala Moana Beach Park is one of the most visited and well-known places in Hawaii. On any given day you can find a number of couples having wedding pictures taken, surfers heading out to the east side break, locals exercising, and visitors just off the plane trying to take it all in.

Ala Moana was originally swamp land, like much of the Honolulu area. It was purchased for $25,000 in 1912 as a spot to dump dirt and coral from dredging projects ref. After becoming a boating channel and then a popular swim spot, people started considering turning it into a beach park. It received official “park” status in 1934. Since then, it has been developed into a beautiful peninsula of shade trees, green grass, and beach access that is referred to as “Magic Island.”