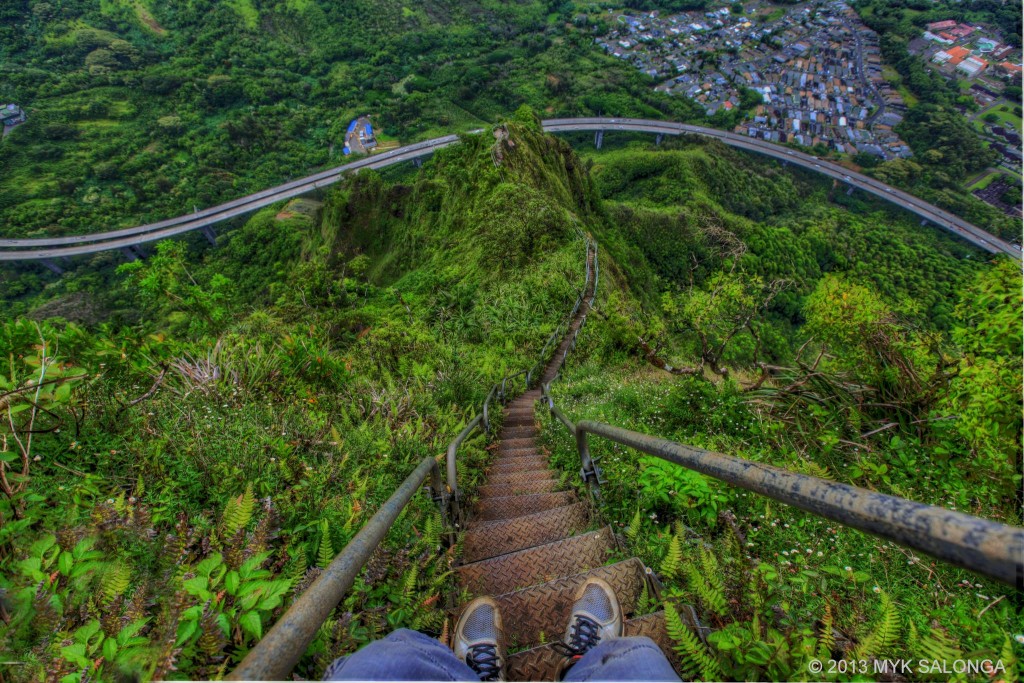 If you have the stamina and fortitude to climb all 3,922 steps up the Haʻikū Stairs, you will be greeted by a vertigo-inducing view looking into the starting point some 2,000 feet below.

Also known as the “Stairway to Heaven” or “Haʻikū Ladder” this hike gets a lot of attention. One reason is that it offers a spectacular view. Another is that it seems to be the most frequently visited “non-visitable” site on Oahu. The trail is not open to the public, nor is it slated to be any time soon. However, you can find many accounts and pictures (like this one) where people have managed to find a way up, some legally, some not.

The stairway was built for the US military to create a very low frequency radio station in 1942. Originally just a long wooden ladder, it was upgraded to metal steps and ramps in the mid 1950’s. The steps were last repaired about a decade ago for a bit under a million dollars (paid for by the city).