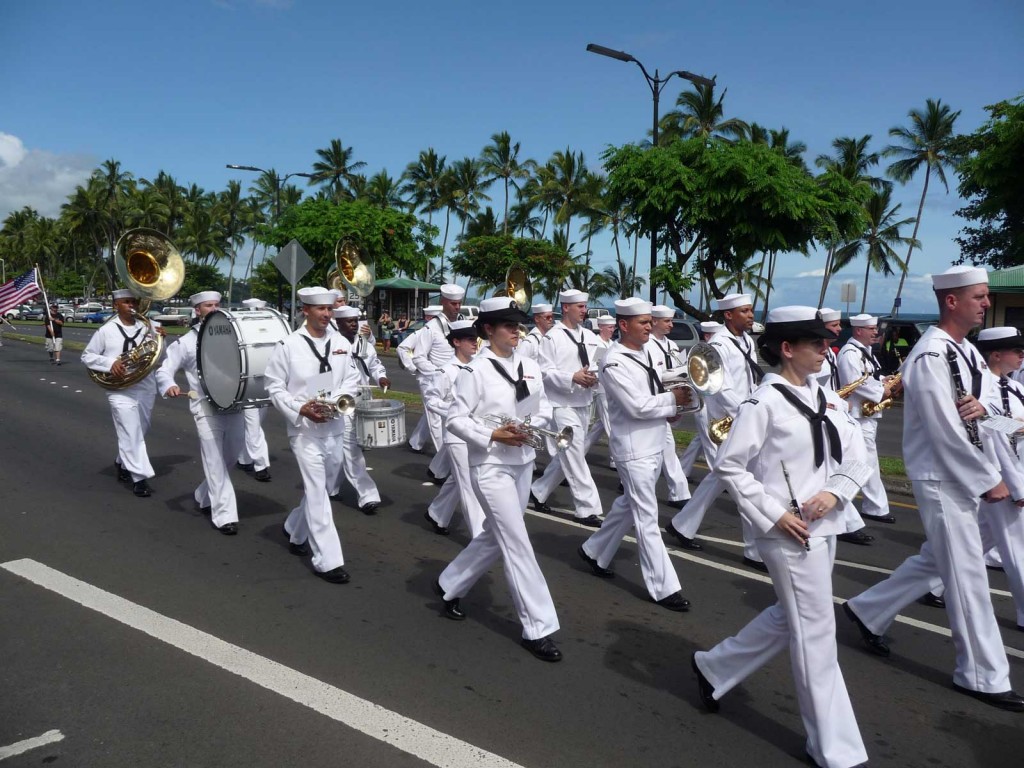 The Navy parade band marches down the street in the 2009 Hilo Veteran’s Day parade.

Although much smaller than it was during World War 2 and the Vietnam war, the Navy and US military in general still have a strong presence in Hawaii.

Due to Hawaii’s location in the middle of the Pacific ocean, it is a valuable spot for any military.