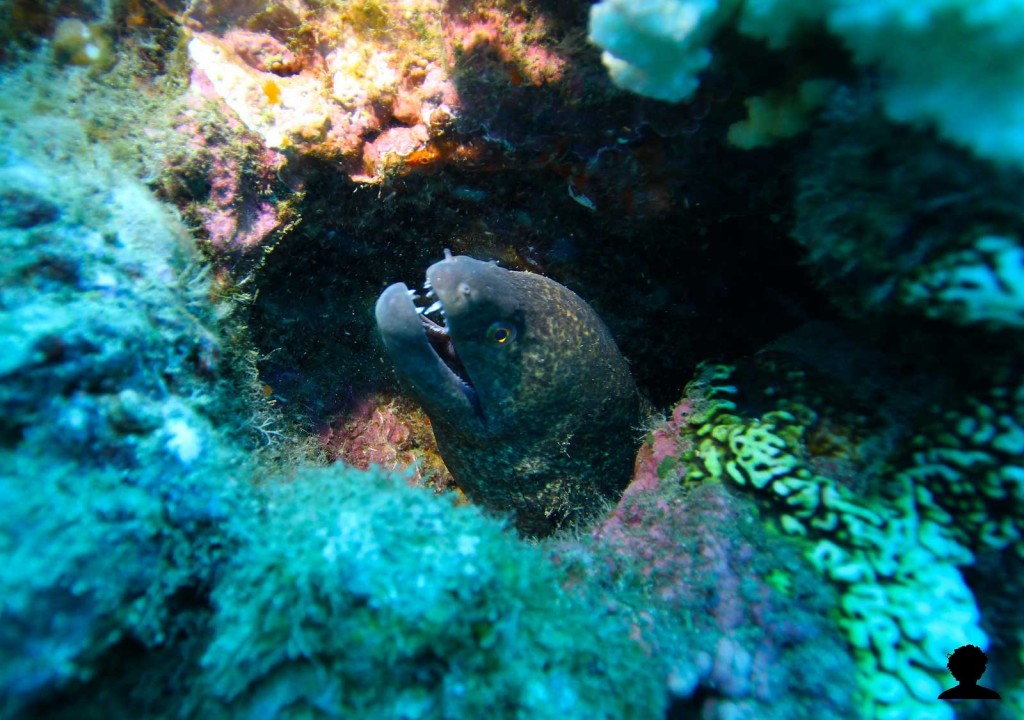 An Undulated Moray Eel (Gymnothorax undulatus) peers out from its coral camouflage to watch for both predators and prey in a shallow Hawaii reef. There are many Moray Eel species found in Hawaii, where they are called “Puhi ao.” Some believe eel to be ‘aumakua, a god in animal form, protecting and giving omens to their family.

The undulated moray can grow to about 4.5 feet long. Its length, snake-like appearance, and proclivity to breath with its mouth open exposing its pin-sharp teeth have made some people fearful of eels. However, eels are typically shy, solitary fish prone to hiding away in tunnels and crevices found in coral. Additionally, they are most active and hunt at night, which means they can be easily overlooked or undiscovered by snorkelers and divers during the day.