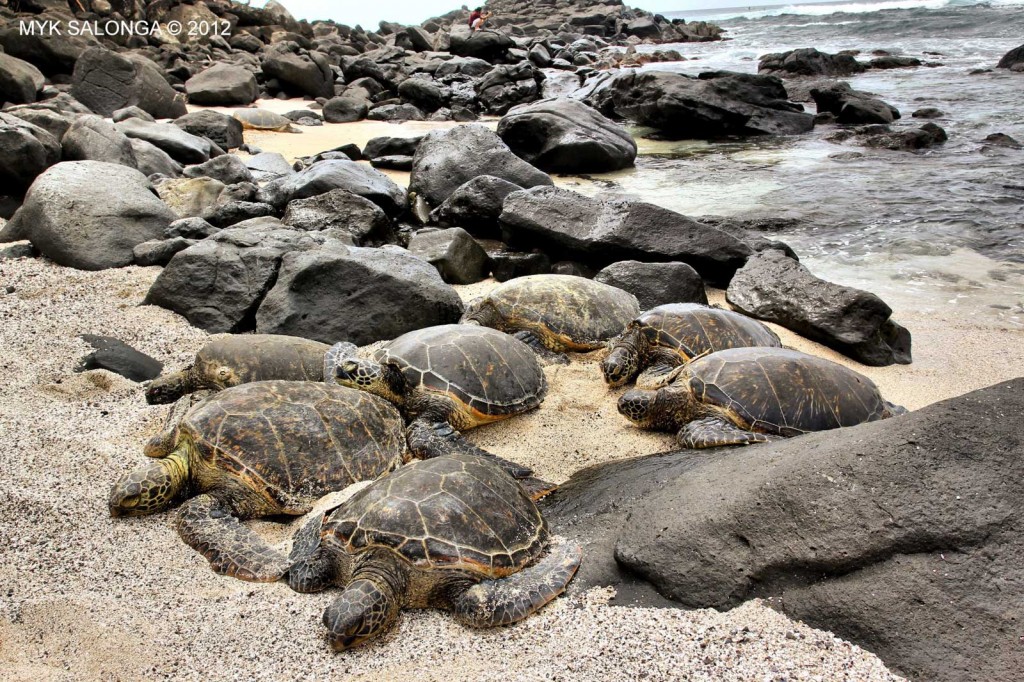 We all remember how family portraits go. First your shell doesn’t look right, then mom gets after brother for making faces while sister continues smiling politely throughout. The sun goes behind a cloud, someone looks away from the camera, and then mom is on brother #2 for poking brother #1. Dad begins to lose patience. Finally, the shot is captured as ‘good enough’ and everyone goes on their way. We wonder if it’s the same for sea turtles. They seem to be a bit more relaxed about the whole ordeal.

Here a group of at least seven–how many turtles can you see?–Hawaiian Green Sea Turtles rest on the shore of Oahu. Hawaiian sea turtles are the only ones known to exhibit this behavior of resting on shore for extended periods of time. Because of this, and their previously dwindling numbers–they’ve made a solid recovery now–they are protected by both state and federal laws from be killed, touched, or even harassed.