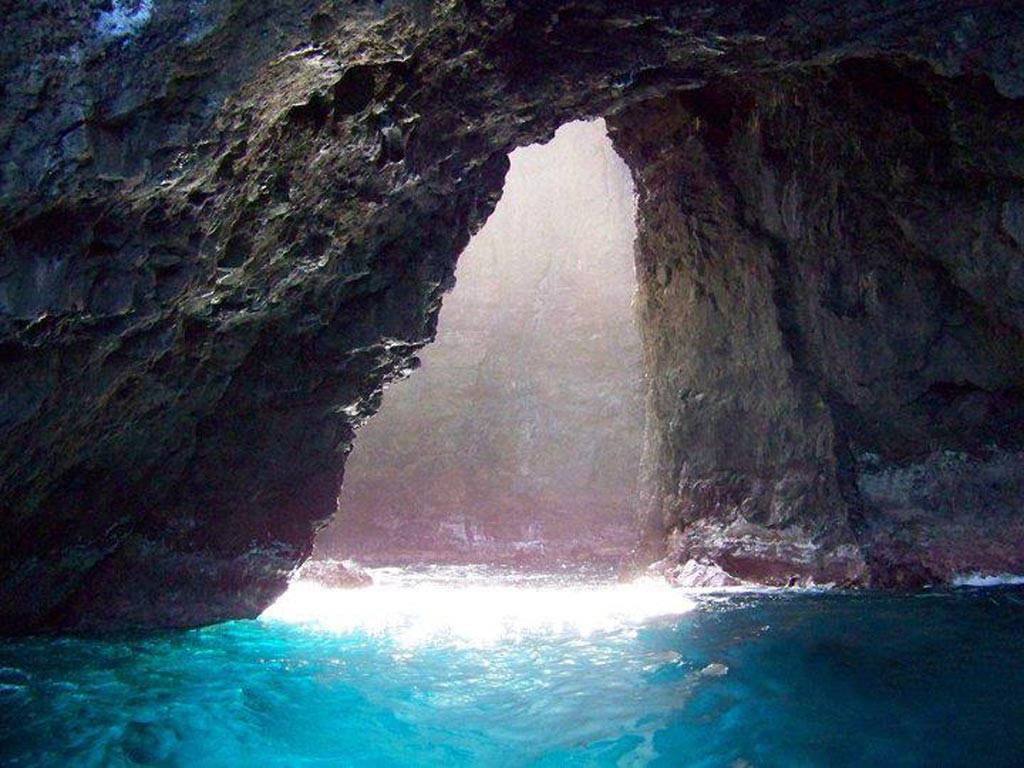 Light pours in from an opening in the roof of an ocean cave along the Na Pali cliffs of Kauai known only as, “The Open Ceiling Cave.” In fact, it is the remains of a large lava tube that long ago guided liquid rock from Kauai’s volcano down to the ocean.

Once the lava stopped flowing, the tube emptied out, leaving a chapel-sized opening at the entrance. After a few centuries of wind, rain, and waves, the structure we see today was formed. The skylight above creates beautiful blues in the water below, a great setting for pictures.

Kauai’s northern coast known as “Na Pali” or, “The Cliffs” has several sea caves like this, some with waterfalls flowing into or around them. Some of them are accessible through guided boat tours.