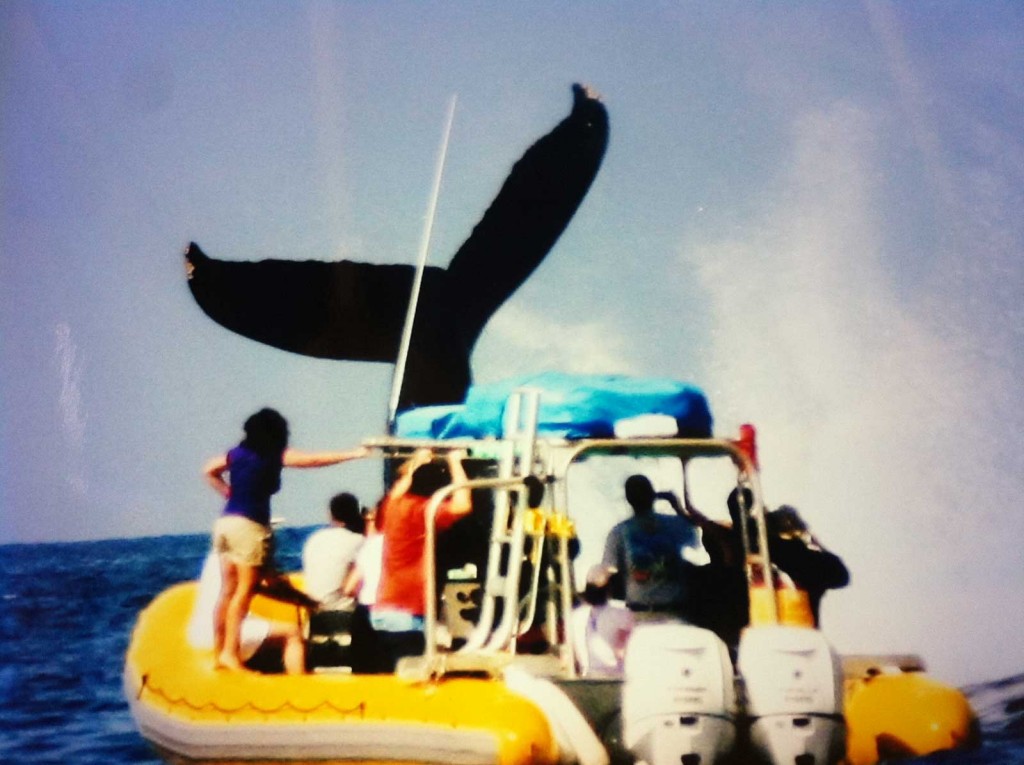 It is thought that whales do tail-slapping to communicate with other nearby whales. Each humpback fluke is unique, like a fingerprint. Scientists and whale enthusiasts use a whale’s fluke to identify it and track where it has been. There are an estimated 80,000 humpback whales worldwide as of 2008. At one time the species was considered ‘vulnerable’ but rebounded since the end of commercial whaling.

During their time in Maui humpbacks mate and calve before heading back to much colder climates more than 2000 miles away to eat. The healthy whale-watching industry in Maui and Hawaii follow strict regulations as to when and how they view humpbacks. Division of Land and Natural Resources enforce regulations ranging from exactly how close vessels can get to the way in which boats–and people–interact with the whales.

Amazingly we didn’t get splashed by the whale. They were about 10 yards away. We get encounters with them where they are just a foot or so away and have never been splashed. The only time we get any kind of moisture on us from the whale is when they exhale close to us and the mist comes over on us. It’s like getting whale snot on you. It’s awesome!

This picture was taken with an iPhone from a following boat on wavy waters. Even so, we think it is a fantastic shot that sparks the imagination.