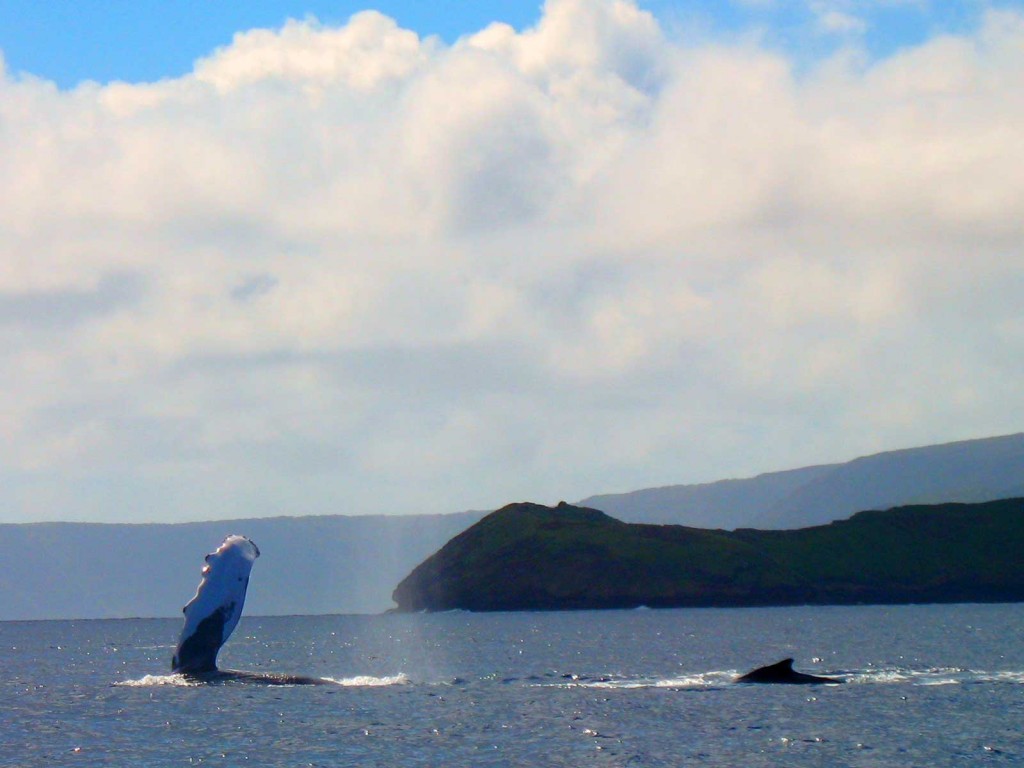 A humpback whale waves hello to the camera as it cruises along Maui’s coast with another during summer breeding and birthing season.

Technically known as “fin slapping” or “pec slapping,” we like to think that perhaps the whales just have a sense of humor and are playing with us and having some fun, waving as they swim by. In reality, fin slapping is thought to serve as a communication signal to other whales.

Humpbacks often roll onto their side slowly slap the surface with a fin. If you’ve been lucky enough to drive along any of Maui’s coasts, particularly near Lahina, Maalaea, or Kihei between January and April, you’ve likely seen this awesome behavior firsthand.

Granted, it is not quite as spectacular as a breaching humpback whale, but it still gets our vote for a great ocean-viewing experience.

An adult humpback’s pectoral fin, as seen here, is around twelve to fifteen feet long. This is about one-third the length of its body. That makes the humpback’s pectoral proportionally longer than any other species of whale. Some believe the extra length affords greater maneuverability while others believe that the size contributes to better temperature control during their long migrations between warm and cold climates.