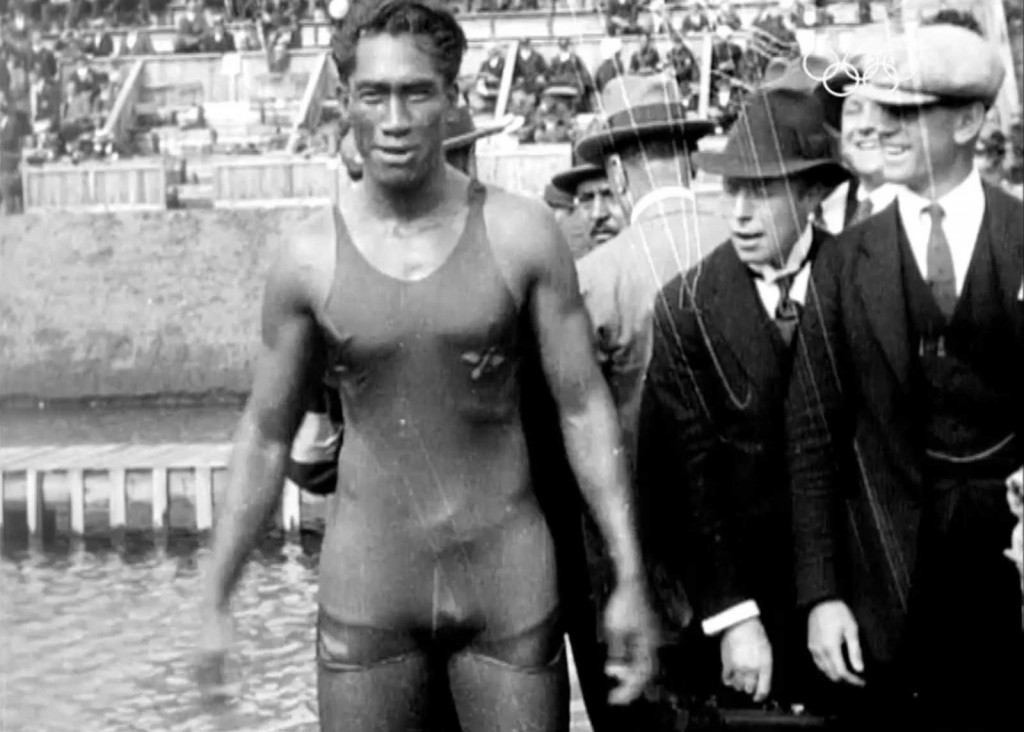 Duke Kahanamoku is one of only a few Hawaiian Olympians to compete over the years. Pictured here shortly after winning the 100 meter freestyle at the Antwerp 1920 Olympic Games, “The Duke” shows off his famous smile and clearly pleasant manner.

Interestingly, while Kahanamoku competed for the United States and was a true ambassador between the USA and Hawaii, Hawaii did not become a state until 1959. Even so, Duke won several medals throughout his Olympic career.

“The Hawaii born, Duke Kahanamoku had won an Olympic gold medal for the first time in the Stockholm 1912 Olympic Games. In Antwerp 1920, eight years later, not only did he take his second 100 meters freestyle Olympic gold medal, but also broke his own Olympic record. He still came to win another gold medal in the Antwerp Summer Games with the USA 4x200m Men’s relay team.” International Olympic Committee

A classic scene of Duke Kahanamoku surfing a longboard somewhere near Honolulu, probably on Waikiki, as painted by Charles Bartlett in 1918. END_OF_DOCUMENT_TOKEN_TO_BE_REPLACED 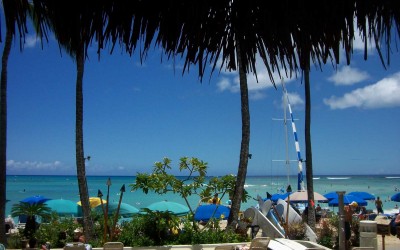 Duke’s Place, inside the Outrigger Reef Hotel on the Waikiki Beach is a cultural icon of Honolulu that affords a great view where one can sit back to watch the waves come in and most of Waikiki walk by. Themed … END_OF_DOCUMENT_TOKEN_TO_BE_REPLACED