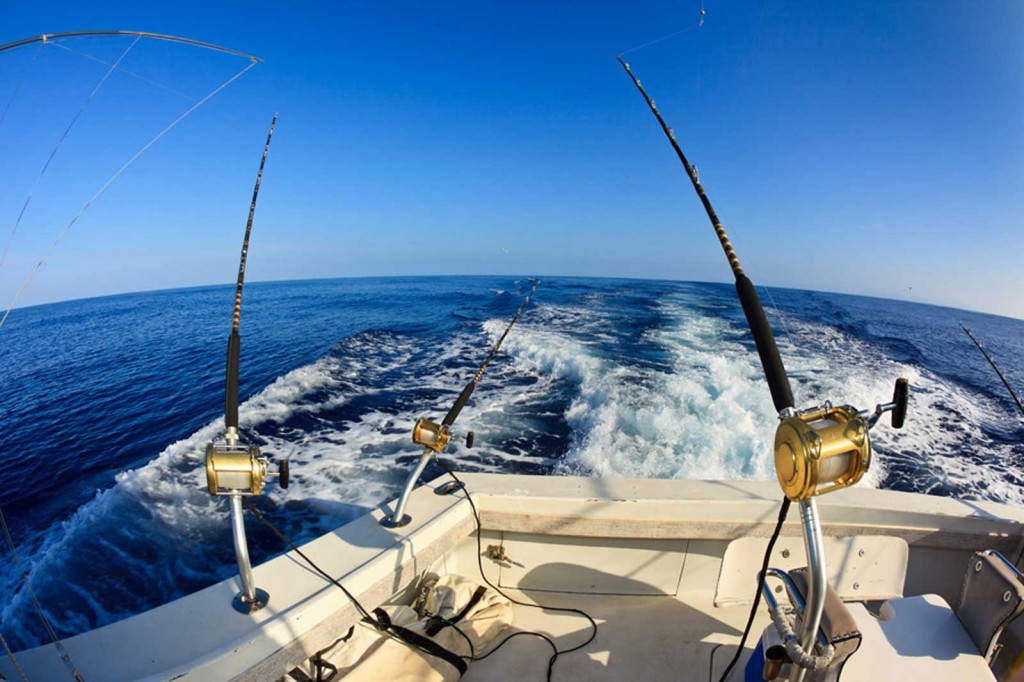 Golden reels flash in the sun as long rods reach oceanward with heavy rigging seeking big, open-ocean fish behind a Hawaii charter boat. Small boats like this see epic-sized battles when several-hundred-pound Pacific Marlin are on the hook.

Sportfishing in Hawaii has grown over the years as it became know as a prime hunting ground for billfish of all kinds including spearfish and marlin. In fact, the biggest marlin on record was caught in Hawaiian waters. Smaller fish such as mahimahi and ono are also angled regularly.

In more recent years a decline in some fish populations has strained the industry of sportfishing. Battles continue in regard to conservation practices and the place for small boat fisherman.