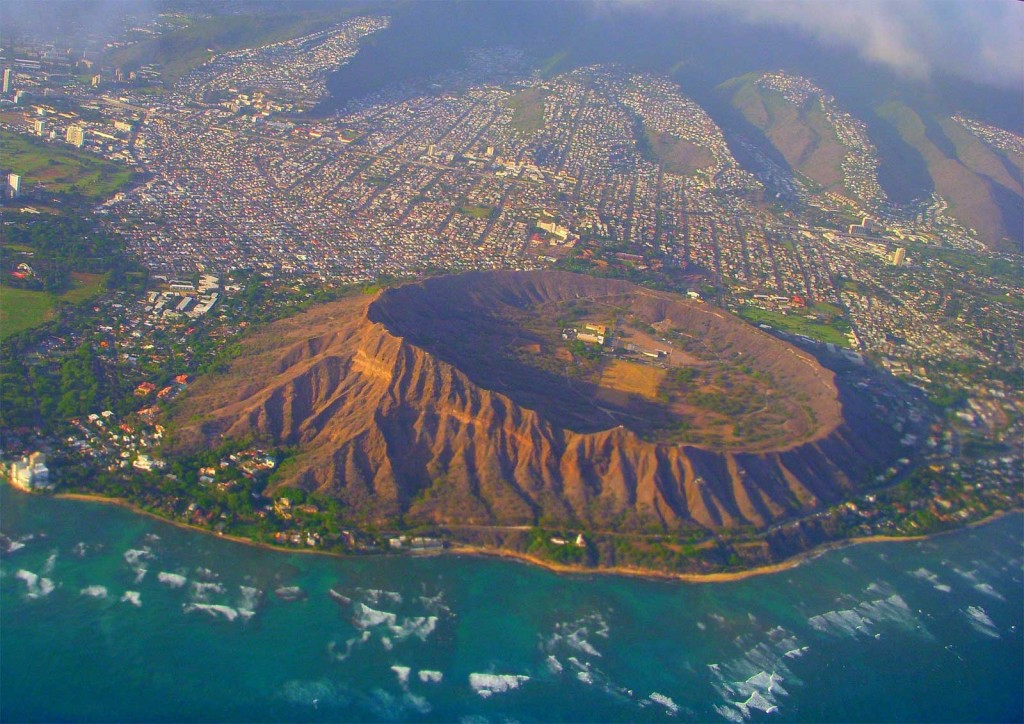 Jutting up into the skyline just out side of Honolulu and famous Waikiki Beach, Diamond Head crater is perhaps the most photographed landmark on Hawaii’s island of Oahu and recognized worldwide. This prominent geologic tuff cone acts as the backdrop to pictures ranging from hotels to surfing to landscapes to movies and television. It’s popularity gained enough importance that it is now a United States Monument.

Originally named “Diamond Head” by western sailors who mistakenly thought the calcite they found in the cone were diamonds, it’s Hawaiian name is “Lēʻahi”, likely meaning “tuna promontory” because of it’s ridged shape when seen from ocean level.

From this Aerial view of the tuff cone the military base set inside the high walls can be seen. Many people make the short hike to the highest point on weathered rim to be rewarded with a sweeping panoramic view of downtown Honolulu and the south side of Oahu.