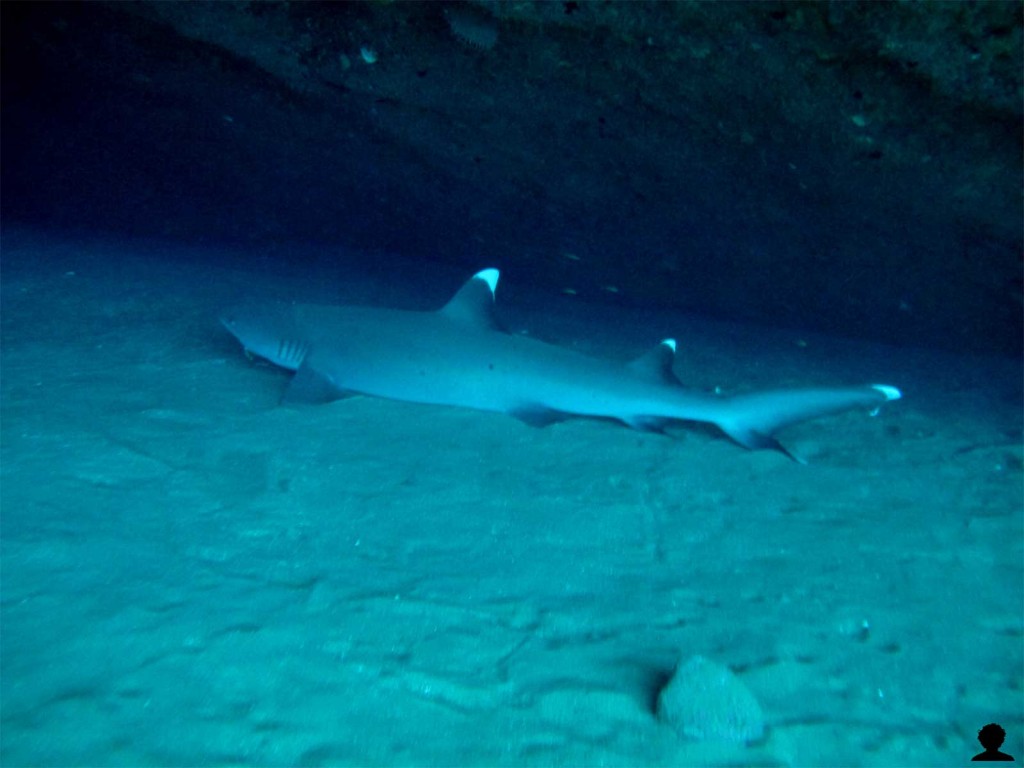 Being that it is “Shark Week,” we thought we should share this beautiful shot from photographer Aaron Lynton of a white-tip reef shark resting in an underwater cave off Makena on the south Maui coastline. White tip reef sharks commonly hide themselves away in caves like this during the day to rest peacefully, away from larger predators.

Reef sharks are generally skiddish around people, being perhaps more scared of us than we are of them. However, if there is abundant food about or a recently speared fish, they have been known to try to steal your catch. They are sleek, fast, and grow to around 6 feet long. White tip reef sharks are readily identifiable by the white skin on all their vertical fins. Pelagic white tip sharks have similar markings but are much larger, more aggressive, and usually found in the open ocean.