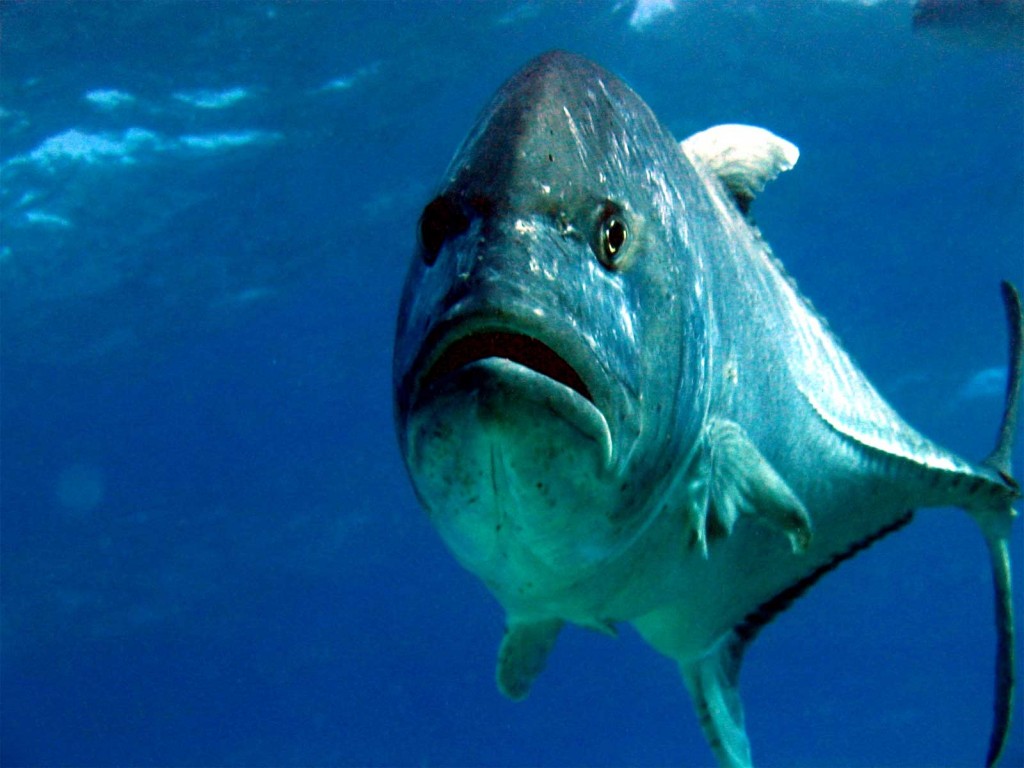 A Giant trevally, known as “Ulua” in Hawaii, looks into the camera as it swims in deeper waters surrounding the islands. Giant ulua are known for their strong fight and tendency to swim straight down when hooked by a fisherman. In Hawaii, the fish regularly grows to over 100 pounds, which is bigger than most other places the species lives, making them a tough catch for hand-line and spear fisherman.

When the Hawaiian religious system of Kapu was being enforced, an ulua was seen as a suitable alternative to a human for some practices that required a sacrifice. Giant ulua can be found relatively close to shore, as the shoreline in much of Hawaii is steep and the waters get deep quickly.