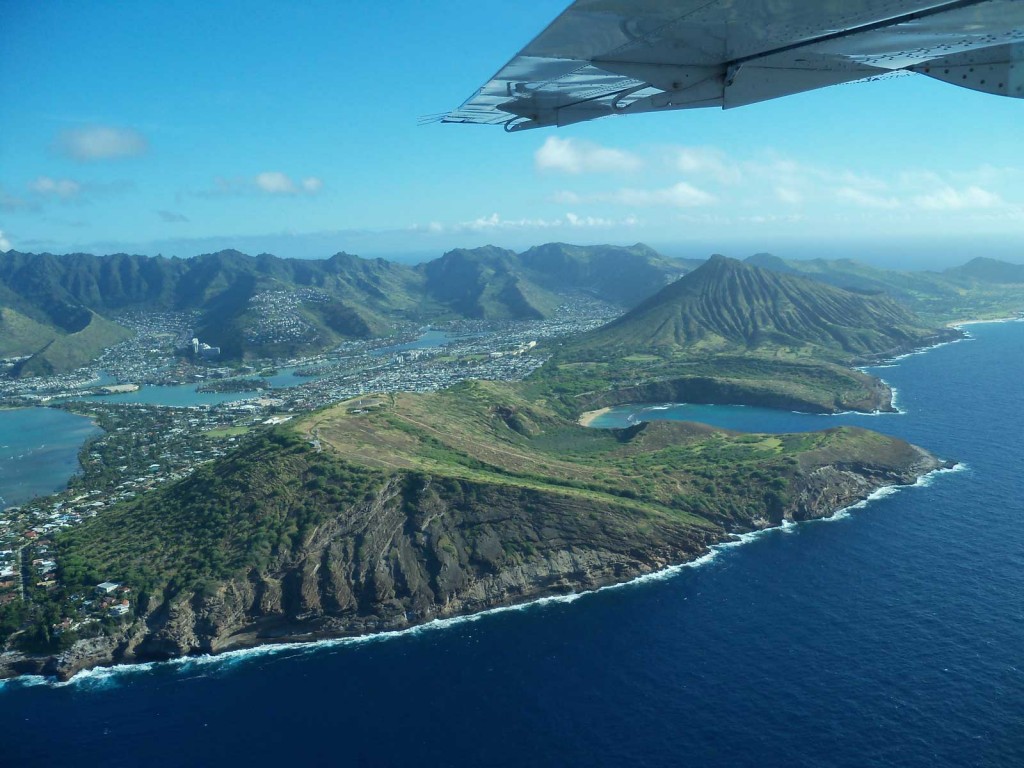 Although not as often shown off as Kauai’s scenic coastline, Oahu’s southern shores boast beautiful vistas from the air. This picture overlooks the Hanauma Bay Nature Preserve Park with Koko Head park in the distance. Hanauma Bay is best known for its snorkeling preserve that offers close encounters with many of Hawaii’s reef fish varieties.

Arial shots like these help one to quickly recognize the volcanic origin of the island and to have an inkling of the power of molten rock meeting open ocean to form mountains of fertile land.