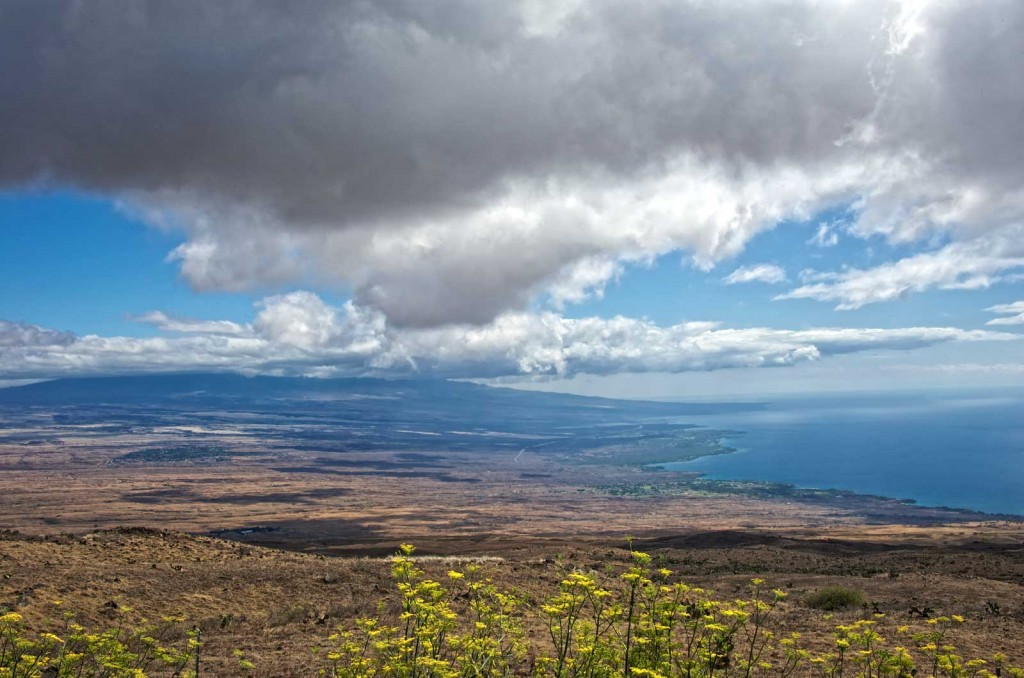 Taken from the side of a North Kohala mountain, the west side of the Big Island fills the view, including a cloud-covered Hualalai mountain. On the coastline, one can make out the towns of Puako and Waikoloa, popular tourism destinations due–in part–to the dry climate found on this part of Hawaii.

The Big Island is relatively vast, being nearly two-thirds of Hawaii’s entire land mass. The expanse shown is the picture is representative of much of the Kona (leeward) side of the island with exposed lava flows and undeveloped land that is often used for ranching or farming.

Weather patterns dictate that Hualalai mountain is engulfed in clouds most days of the year from mid-morning through evening by an inversion layer that caps the cloud elevation around 5,000 feet.