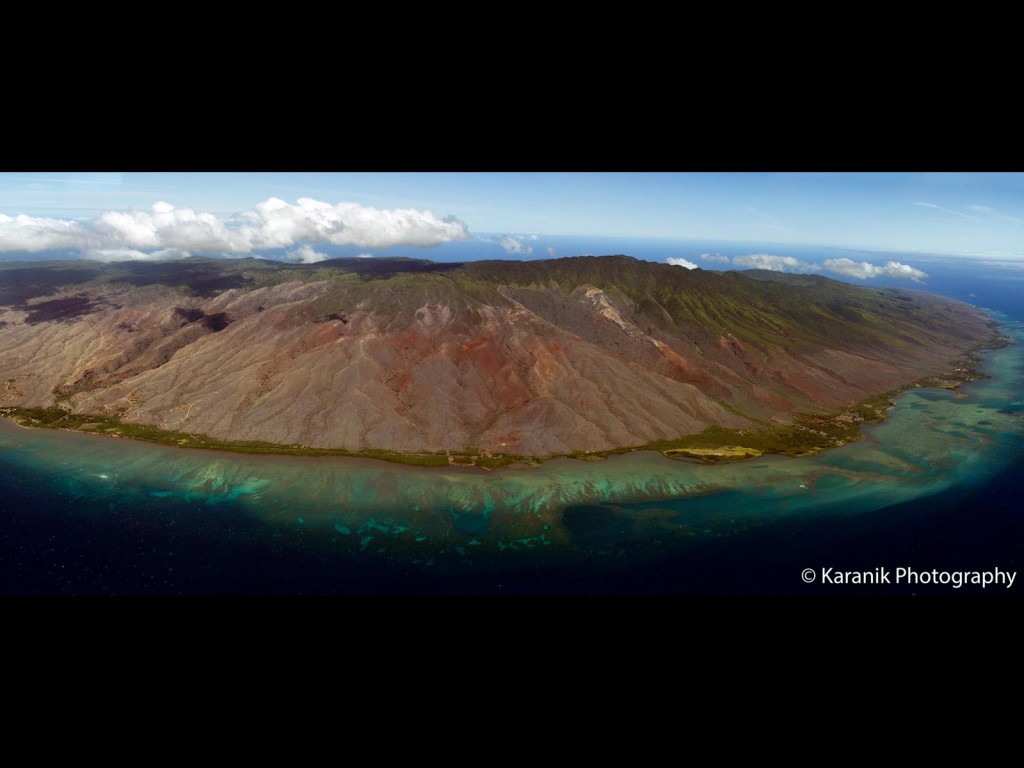 Moloka’i appears as an unanchored island, floating freely in the Pacific like a great ship on the sea. The clear waters allow us to peer into shallow shores surrounding the island and reveal corals, valleys, and the land beneath the surface coming through in bright blues and greens.

In reality Moloka’i is just the tip of a huge mountain extending miles deep into the ocean as part of the Hawaiian island chain. It is the fifth largest Hawaiian island with dimensions roughly 38 miles long by 10 miles wide. From this perspective, it is easier to see that the island is what remains of two shield volcanoes, rising up nearly 5,000 feet from the waters edge.

“Aerial view of the island Moloka’i. This is composed of three different images taken while flying by in an airplane.”