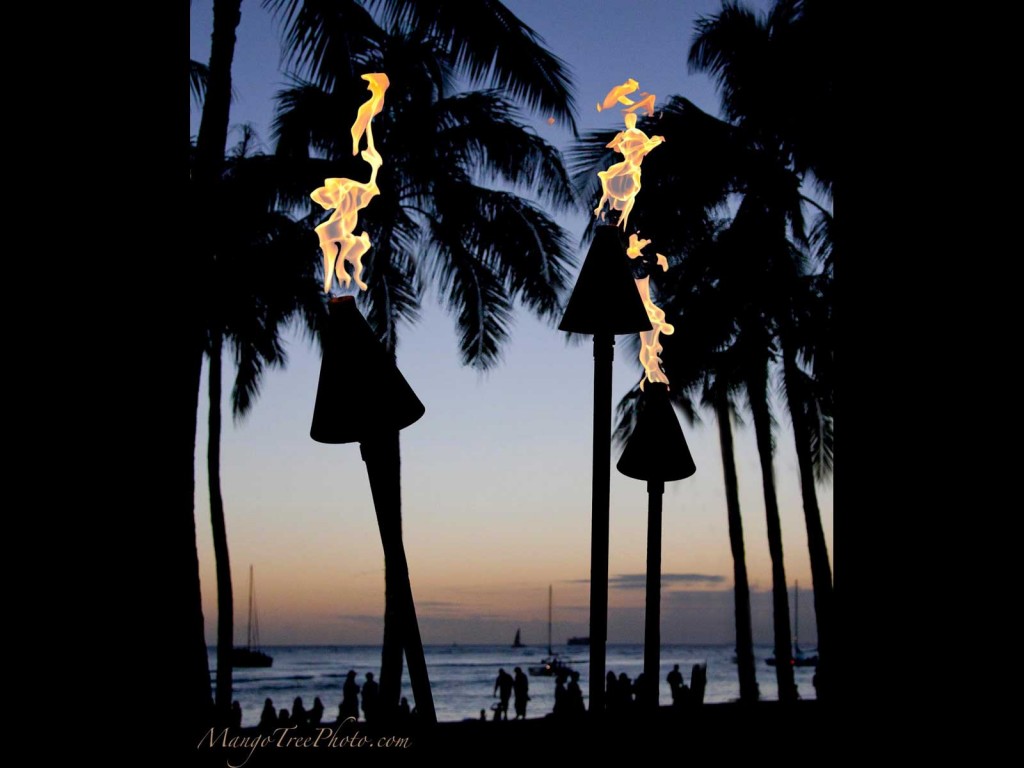 Known as the goddess of fire–and wind, lightning, and volcanoes–Pele is ever-present in Hawaii. Here, she dances atop two tiki torches at Waikiki beach in downtown Honolulu on the island of Oahu as the evening begins.

Although Tiki torches are now common throughout Hawaii, they are really an American addition made in the mid 1900’s based loosely on Polynesian designs and culture.