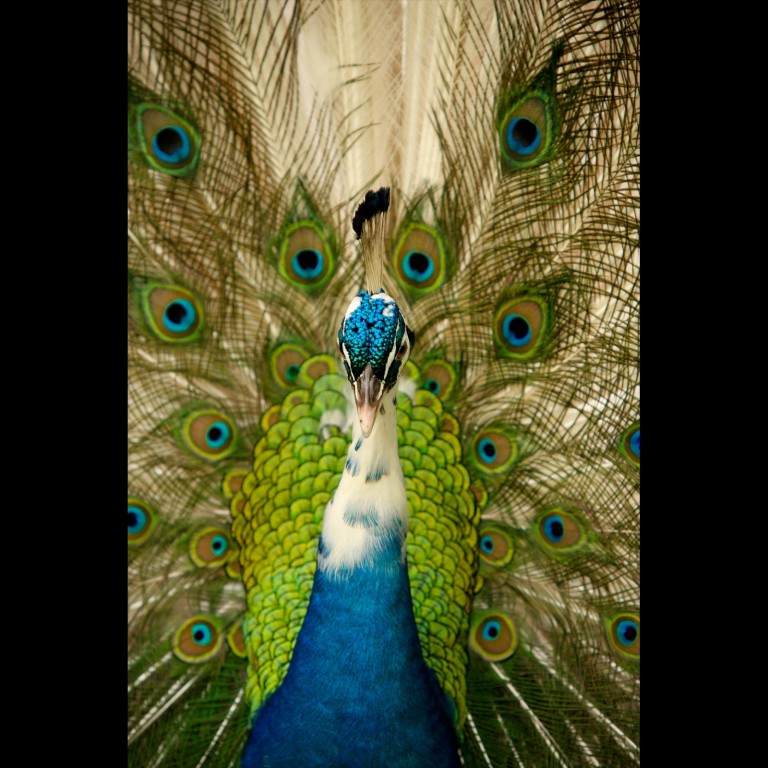 A brilliantly blue and green peacock displays its colors as a sign of austerity on the Big Island of Hawaii.

Originally from India, peafowl were brought to the islands as eye candy at a few upscale locations around the islands. Today, they are found throughout the islands, mainly at hotels and condos with a fair bit of land.

Neutrally known as the peafowl, many people refer to both male and female as peacock. In fact, the female is called a peahen.