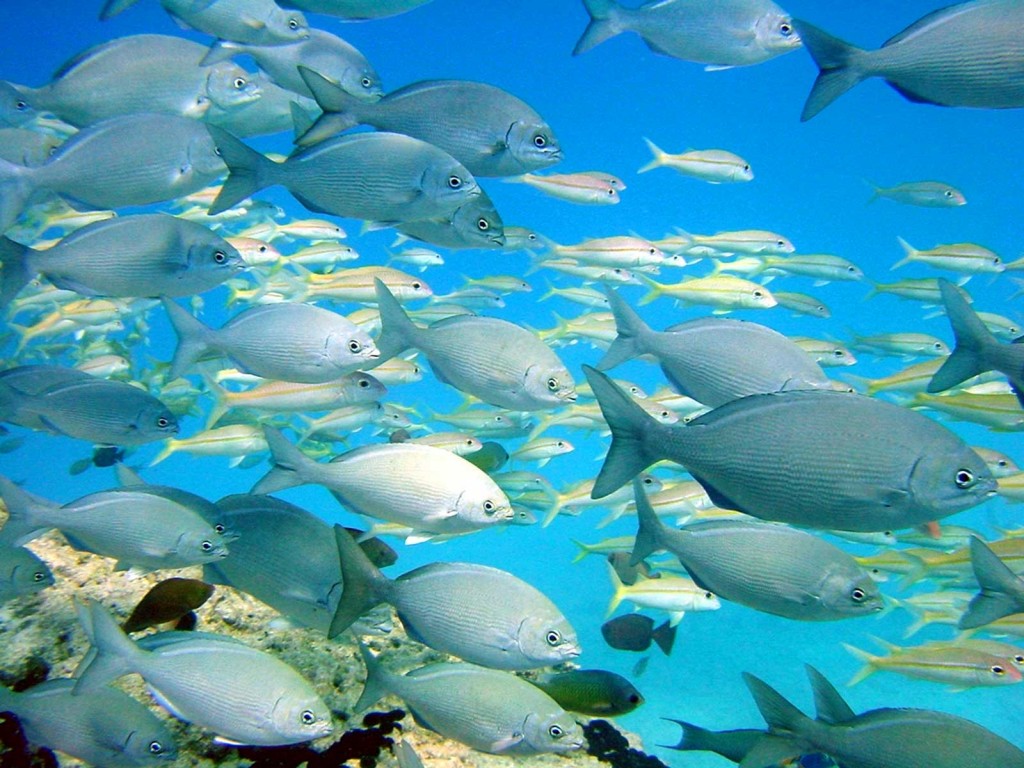 Two schools of fish swim on an apparently one way street toward their feeding grounds in the afternoon. Only a few renegades can be spotted among the bunch along this shallow, sandy-bottomed reef in Northwest Hawaii.

Chubs and goatfish like these stay together to protect themselves from predators. The instinct follows the logic that if you are harder to see or faster than your neighbor, then you will be safe and he will be eaten.