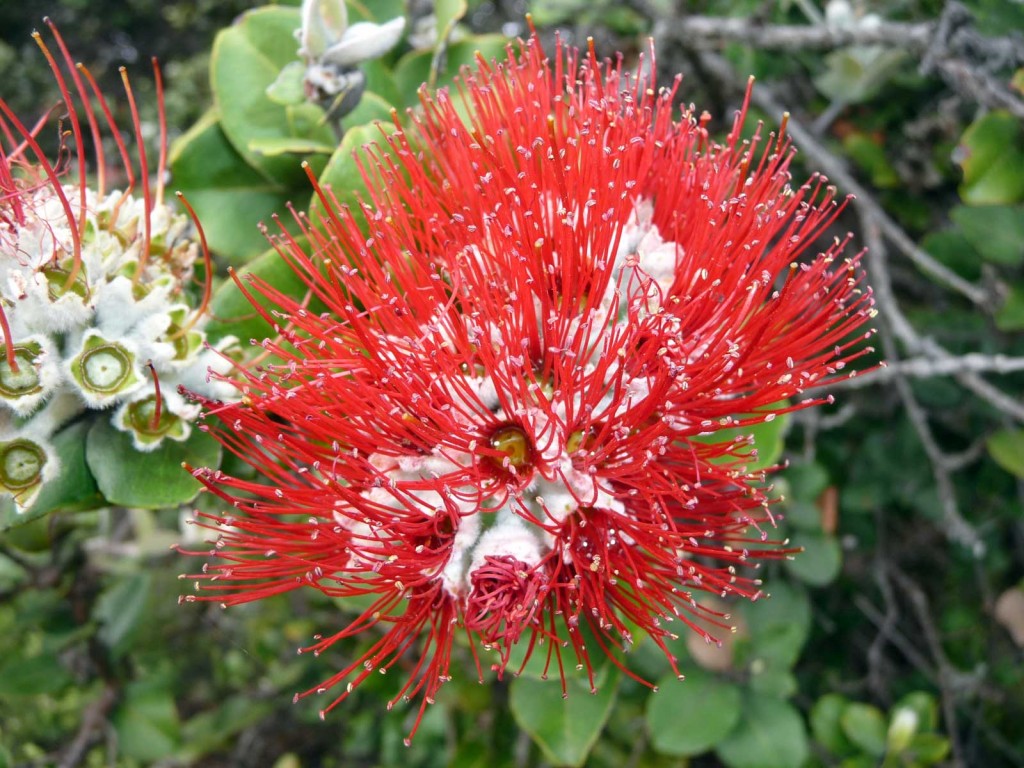 Hawaii is filled with Ohia trees blossoming with Lehua flowers. These beautiful, unique flowers have a great story.

In the Hawaiian tradition, Ohi’a was a Hawaiian chief in love with the maiden Lehua. The two promised to always be with each other.

Then, Pele, the Hawaiian goddess of volcanoes saw Ohi’a and wanted him for herself. She came to him as a woman and asked him to be her husband. After getting Pele to promise to not destroy his family or village with lava, he denied Pele.

Pele went into a furious rage and turned Ohi’a into a twisted, ugly tree. Lehua was devastated and begged Pele to return Ohi’a to a man. Pele refused and Lehua was left in mourning.

The other gods heard Lehua’s cries and tried to transform Ohi’a. They were unable to overcome her powers, so they concocted a plan to keep the two together forever. So, they turned Lehua into the beautiful flower on the Ohi’a tree.