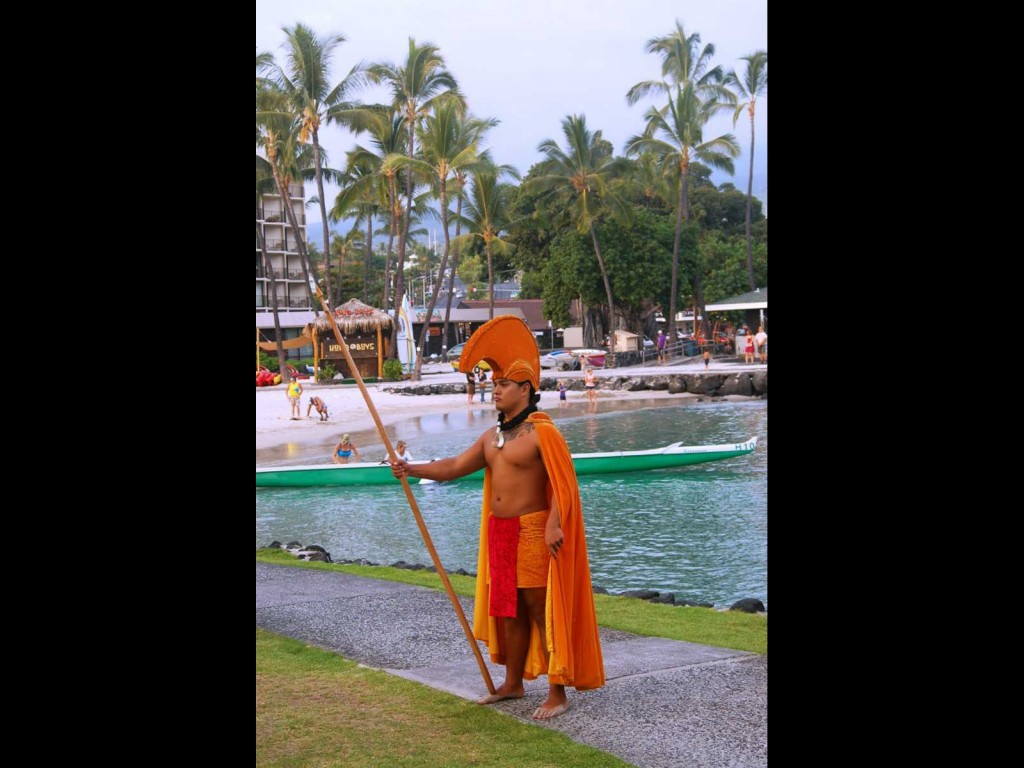 A luau performer appears as a Hawaiian king (Mōʻī), part of the Ali’i (royalty) during an evening luau at King Kamehameha’s Kona Beach Hotel at Kamakahonu Bay on the Big Island of Hawaii. It is significant to note that these luau grounds were the actual home of King Kamehameha himself as he completed his reign–and his life–on Hawaii.

Just out of scene is a smaller-scale Hikiau Heiau (temple) that was built very near the location of the original, which was used by King Kamehameha and others to consult with the gods. It is also this bay that the first Christian missionaries arrived shortly after King Kamehameha’s son and wife assumed his reign over the newly united islands of Hawaii.

The orange and red worn here are the traditional colors of the the royal class, originally fashioned from specific bird feathers and flowers.